"I love living here. We're a really great community. Not very big, but we keep everything pretty tight."

Back at the 2011 World Cup, I remember interviewing Canadian flanker Jebb Sinclair, not long after they had defeated Tonga in a gripping encounter, in Whangerei, New Zealand.

As a smaller rugby nation, the Canadians were left facing a four-day turnaround before their next game against France. I asked Sinclair what the plans were for such a rapidly approaching game.

"I don't know what the plans for the game are yet," he replied, "but I can tell you my plan for tonight - getting drunk as hell!"

END_OF_DOCUMENT_TOKEN_TO_BE_REPLACED

Sinclair is a famous rugby son of New Brunswick and that attitude - get out, do your job, enjoy the big moments and celebrate the hell out of the victories - is common to those that hail from there.

Rugby season is back underway in the Canadian province, over on the country's sprawling East Coast, and old friends are tearing into each other again. The Saint John Trojans, based in the south of New Brunswick, are gearing up for the new season and hoping it will be last without a big clubhouse that can double as a community centre for the area. 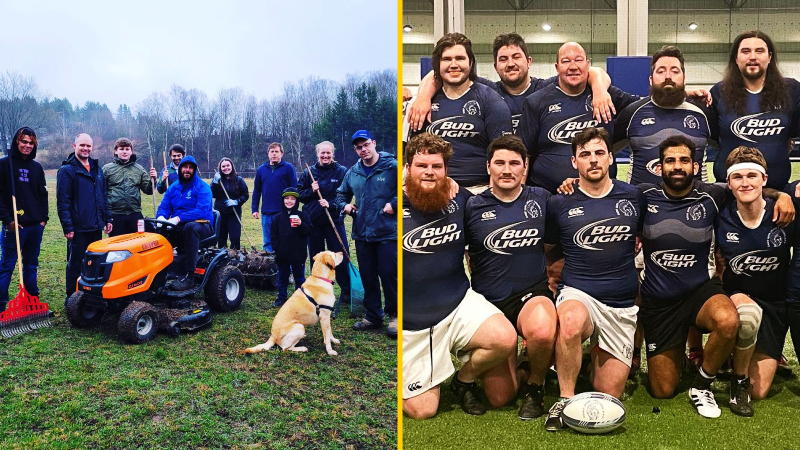 'I started as a scrumhalf, then I grew a little bit!'

END_OF_DOCUMENT_TOKEN_TO_BE_REPLACED

The sporting enterprise originally started as the Saint John Trojans Athletic Society, back in the early 1900s. It encompassed a lot of different sporting activities, but the rugby club side to Trojans has been going strong for 50 years.

Chris Barry - vice president of Saint John Trojans - is into his 22nd year as a rugby player. He started in Grade 9, the earliest he could possibly start. Children in the area can now play Under-6, U9 and U14.

"My dad played rugby," Barry says. "He played for the club, so I got involved that way. I started as a scrumhalf, then I grew a little bit! Now I play flyhalf or outside centre."

END_OF_DOCUMENT_TOKEN_TO_BE_REPLACED

Where we live, we're right on the East Coast. The Bay of Fundy is just a couple of minutes from our field, so you never know what you are going to get, weather-wise.

Given Saint John's proximity to the water, the city used to have a sizeable ship-yard. That led to many European emigrants getting settled in the area, for work purposes. A good few wound their way down to the Trojans.

"They had a really good team, back when my dad was playing, as they had some really good players that were over from the UK. Dad told me the St John's soccer team won a national championship around that time, too."

Given the sheer size of Canada, and the extreme weather in certain seasons, getting out and about for games is not as simple as it may be in Europe. There are long, long car journeys and bus rides, which are only made better if you are coming home with a win in your back pocket.

"Here, we play from May until the start of November," Barry explains. "The provinces will play in a four-team tournament, in Spring, then club season will start in June. We play a 10-game season. It's a small window to get your games in."

"The only problem in Canada is finding another team to play!" Barry jokes. "We're the only men's team in the city. So, we travel to play the other city, then the other city, and on it goes. It's not like it is overseas, like the UK or Ireland.

"We play across three provinces - Nova Scotia, Prince Edward Island and New Brunswick - so it is often a four-hour drive to go play an exhibition game. Pretty hard!"

Most of the current Trojans teams, men and women, are from the area, but there are still emigrants [over for school or work] that reach out, while they are there, to get involved. The men's team has an English, Australian and French player in the squad this season.

New Brunswick hosts some of the most spectacular scenery on the planet [see below] but what truly stands out, for Barry, are the people.

'I've met some of my best friends playing rugby'

While Jebb Sinclair and Chauncey O'Toole are two New Brunswick men to have represented Canada at Test level, the Saint John Trojans have not had the honour, yet. The closest they have come was Nick Davidson and Anders Blizzard both lining out for Canada U18s, a few years back.

"One of them is semi-retired now," says Barry, "but I still message him to say, 'Come play, come play!'"

Canada's national sports are ice hockey and lacrosse, while a Canadian called James Naismith invented basketball. Other sports like baseball, soccer, tennis and winter sports are popular, too. For Chris Barry, though, rugby has always been a huge part of his life. Asked what the game means to him, he says:

"I love all my friends. I've met some of my best friends, playing rugby. Even the guys on the other teams, from the other cities, I consider them my friends. On the field for 80 minutes, that goes away, briefly, but afterward, we're great.

"My dad played for many years, so I felt like I had an obligation to play. But then it became my own sport. Now I have two kids of my own, and I hope they play. I hope that when I'm old enough, like 50, we'll play one game together, and I'll regret it for three months afterward!

"I just love my club, I love the sport, and I love this community. So this project will bring it all together, full circle." 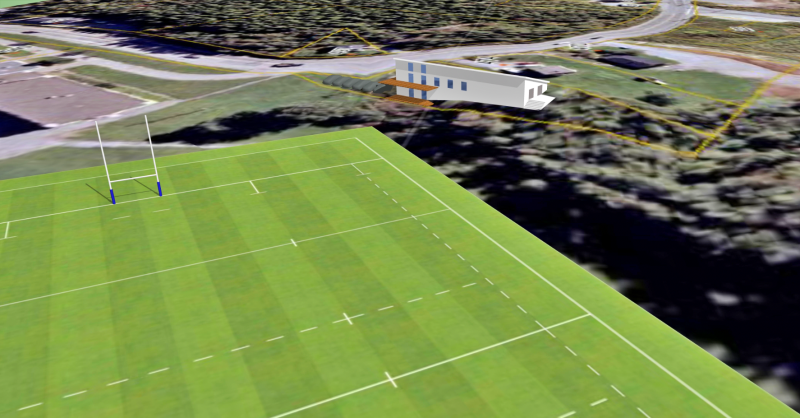 Federal and provincial government grants have been acquired, all to build a new clubhouse as a hub for a rugby community that is open to all comers. $640,000 raised, when we spoke, and the land beside the pitches was bought up, to host the new centre.

The new clubhouse will act as a community centre and be open to those in the area that want to access it. "Crescent Valley is a low-income area, so these kids need a place to go," says Chris Barry.

"We used to hold rookie rugby practices every week. It used to cost $20, but if you didn't have it, we figured it out. You'd then get together and have food after. The local kids used to come along after the practice, just to get some food. They'd grab some bananas and you'd let them have it all. No problem!"

"We're close, but the cost of building materials keep going up and up. When we started this rugby journey, what we had would have been more than sufficient. Now, we're a bit short, but we are working with local home-building providers and vendors to try save some money there."

The plan, at present, is to crack on with the project and raise additional funds as the project progresses. "It'll be done by the end of the year," he insists.

"They were talking about this being built, back when my dad was playing, so some were skeptical when we brought it up again. But now that dream is becoming a reality, in 2022."

You can find out more about Saint John Trojans, and their fundraising efforts, HERE.