Spurs have been exceeding expectation for years

As Spurs let another half-time lead slip against Leicester on Sunday, Pochettino cut a frustrated figure. The Argentine would have good reason to feel hard done by after the narrow VAR decision that denied Spurs a second goal, but it is his team’s lacklustre form that is of greater concern.

END_OF_DOCUMENT_TOKEN_TO_BE_REPLACED

So patchy have Tottenham’s performances been in 2019 that it is beginning to feel like the end of an era in north London. With Real Madrid reportedly considering Zinedine Zidane’s future, one wonders whether Pochettino will see out a sixth season of a project that has far exceeded expectations.

Ever since Tottenham started punching above their weight under Mauricio Pochettino's stewardship, the debate around them has always focused on how long their relative success would last. The general consensus was that there would be an inevitable end to high league finishes.

When the likes of Harry Kane and Christian Eriksen eventually decided to move to a club where they would be more likely to win trophies, like Gareth Bale and Luka Modric before them, the bubble would finally burst in north London.

The same logic was also applied to Pochettino; such a talented coach would surely have to join a club with better financial resources to win silverware. Current circumstances suggest we have almost reached that point.

To the club's credit, they have managed to keep hold of their best players for much longer than they would have in times gone by. With Pochettino so committed to the club and the project he was building, key players were convinced to stay put and were tied down by long contracts, often renewed every year or so, that are understood to have included a lot of incentive for handsome bonuses. This savvy business prevented the squad from being picked apart.

Living within their means, which meant no signings for 18 months and playing at Wembley for almost two years, did not stop them from continuing on an upward arc, constantly evolving on the pitch and maintaining a sense of optimism around the club. That illusive trophy couldn't be far away.

END_OF_DOCUMENT_TOKEN_TO_BE_REPLACED

And they came agonisingly close. Getting to a Champions League final last season against all odds, with a helping hand from VAR and a second half masterclass from Lucas Moura against Ajax was typical of Pochettino's Tottenham; unpredictable, entertaining, exceeding expectations.

But since the turn of the year, Spurs have not looked the same animal. Their Champions League run papered over the ever-widening cracks in their league form. Inconsistent results have continued this season - drawing at Man City, losing at home to Newcastle and losing away to Leicester - and each week it seems more plausible that the Pochettino project has run its course.

The defensive duo of Toby Alderweireld and Jan Vertonghen were at their peak between 2015 and 2017 but are both in the final year of their contracts and do not have the same protection in front of them or next to them anymore. Kane, while still lethal in front of goal and creative in deeper areas, does not play with the same energy with which he once led the press so effectively, which may be a result of repeated ankle injuries. 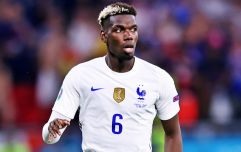 END_OF_DOCUMENT_TOKEN_TO_BE_REPLACED

To compound the problems on the pitch, Pochettino himself looks unsettled. Given Zinedine Zidane's precarious position at Real Madrid right now after an underwhelming return, it seems more likely than ever that Poch might finally make the move to the Santiago Bernabeu by the end of the season.