Fernando Torres' next club has been accidentally leaked

The cat's out the bag, Fernando...

Fernando Torres is on the move this summer. That much we already knew.

The former Liverpool and Chelsea announced a few weeks back that he'd be leaving boyhood club Atletico Madrid for a second time at the end of the season, also adding that he wouldn't be calling time on his playing days just yet. 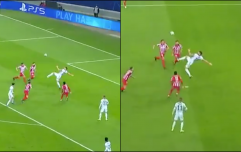 END_OF_DOCUMENT_TOKEN_TO_BE_REPLACED

In the time since, the 34-year-old's been linked with a number of different clubs, including Newcastle, where old boss Rafa Benitez remains as manager, and Rangers, where former Liverpool teammate Steven Gerrard is set to take charge. He's also been tipped to make a switch to North America's Major League Soccer or to the Chinese Super League.

Now though, it seems his destination has been revealed: Sagan Tosu.

The Japanese club were also one of the teams reportedly weighing up a move for the former Spanish international, and it now seems the move is set to be officially confirmed.

In fact, it was officially confirmed by the J.League's website, if only for a short time. The website for Japan's top flight published a story on Wednesday confirming Torres would join Sagan Tosu. Having presumably jumped the gun, they swiftly took the report down... but not before screengrabs were taken and circulated on social media... 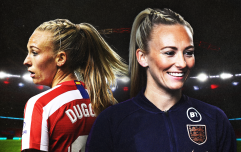 END_OF_DOCUMENT_TOKEN_TO_BE_REPLACED

The J.League have since apologised for the error, issuing a statement which explained the article had been accidentally published after being prepared 'just in case' the transfer was finalised.

Nope, we're not buying it either.

Torres signed off at Atleti by helping them to Europa League glory, Diego Simeone's side defeating Marseille 3-0 in the final in Lyon. Though the striker only made an appearance in stoppage time, he was invited to lift the trophy with captain, Gabi. His final appearance for Atleti came in their last La Liga game against Eibar, in which he scored twice.