As Des Curley said in The Snapper, "What do I have to do to get a bit of bleedin' respect around here?!"

Tony Ferguson improved his impressive win-streak in the UFC's lightweight division to 11 after he defeated Anthony Pettis at UFC 229 the T-Mobile Arena.

END_OF_DOCUMENT_TOKEN_TO_BE_REPLACED

'El Cucuy' survived a crunching Pettis punch and kick combo in the first round and powered back in the second to have the former lightweight champion in all sorts of trouble. Ferguson looked to have Pettis all but finished but 'Showtime' was saved by the bell... or so we thought.

Pettis was being treated for two bad cuts to his head when it was confirmed that he had broken his hand earlier in the fight. He was clearly in a bad way and Duke Roufus, his coach, pulled his man from the fray. 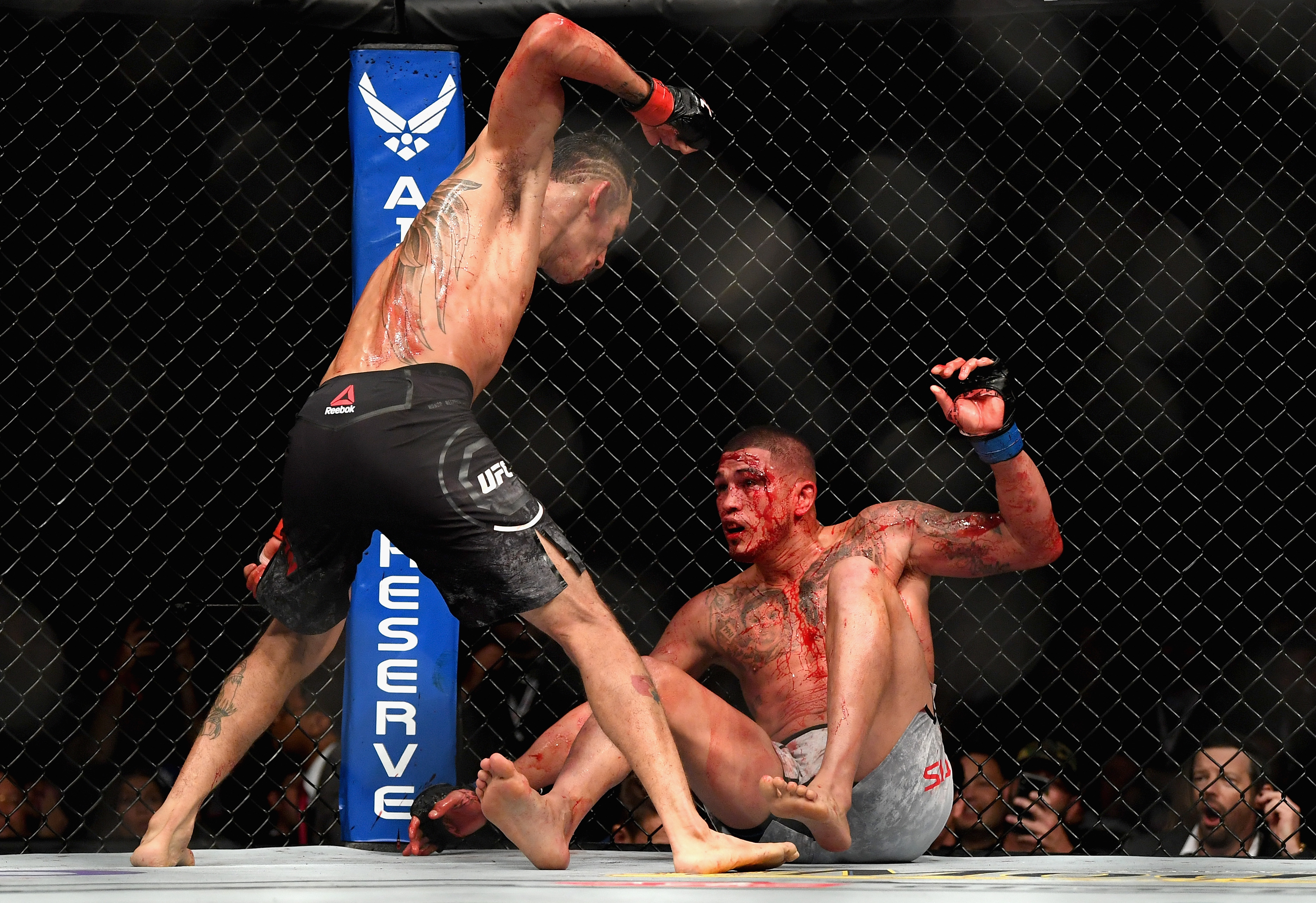 END_OF_DOCUMENT_TOKEN_TO_BE_REPLACED

Ferguson broke down in tears in The Octagon as he was announced as the winner. He tore two knee ligaments - one completely from the bone - in early April so to come back and not only fight but beat Pettis was remarkable.

After the fight he once again called out Conor 'McNuggets' McGregor as he cut a promo ahead of the UFC 229 main event. Following the carnage at the end of the night, Ferguson will hope he can get a fight against Khabib Nurmagomedov for the lightweight belt or, as he called it, a money fight against the defeated McGregor.

Money, and more of it, will be near Ferguson's priority list.

McGregor and Nurmagomedov were on so much straight-up cash to show that they did not have win bonuses in their fight agreements. However, of the other 22 fighters involved in UFC 229 Ferguson's win bonus was the most paltry.

END_OF_DOCUMENT_TOKEN_TO_BE_REPLACED

Tony Ferguson got $150,000 to show but only got an additional $5,000 for beating Pettis. His defeated foe took home $145k for entering The Octagon.

There was a silver (dollar) lining for both men. Dana White awarded their clash Fight of the Night so that is an extra $50k each. The UFC president also handed out two $50k bonuses for Performance of the Night.

Before you start worrying about the UFC coffers going close to empty, the promotion took in gate receipts (gross) of $17,188,894 for a capacity crowd of 20,034.