Germany have been knocked out of the World Cup and the inquest has already begun.

The 2014 world champions limped out of the tournament in Russia in embarrassing fashion. They lost to Mexico in the opening group game, beat Sweden with a last-minute goal and then fell to a farcical defeat to South Korea on Wednesday.

END_OF_DOCUMENT_TOKEN_TO_BE_REPLACED

Needing a win to advance to the last 16, Germany conceded two stoppage-time goals. They are the latest defending champions to crash out of the tournament in the group stages, just as France did in 2002, Italy in 2010 and Spain four years ago.

The good news for German football is that they are still producing brilliant young footballers. But the short-term future of the current team doesn't look as secure. 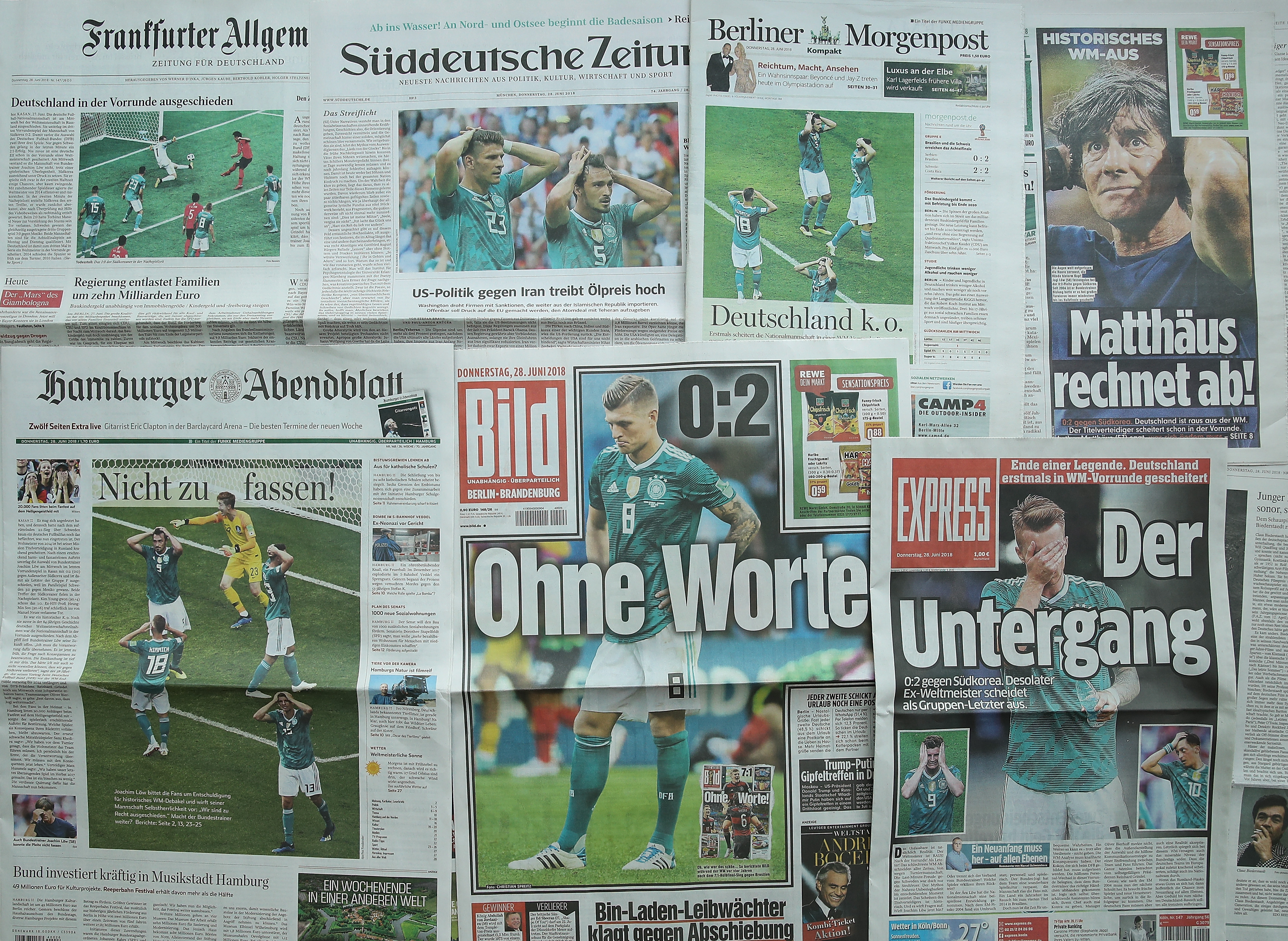 According to Martyn Ziegler, the chief sports reporter of The Times, there was disharmony within the German squad, and this extended to the pitch.

Ziegler reports that Toni Kroos "did not trust" one of his teammates enough to even pass him the ball.

"There were even suggestions that Kroos avoided passing to the inexperienced left back Marvin Plattenhardt because he did not trust him. Plattenhardt, who was winning his seventh cap, was substituted in the 79th minute and did not play again."

END_OF_DOCUMENT_TOKEN_TO_BE_REPLACED

Plattenhardt made just his seventh appearance for Germany in the defeat to Mexico. The Hertha Berlin full-back was substituted for Mario Gomez after touching the ball just 31 times.

Of the German players who started the match, only Timo Werner touched the ball less (29). 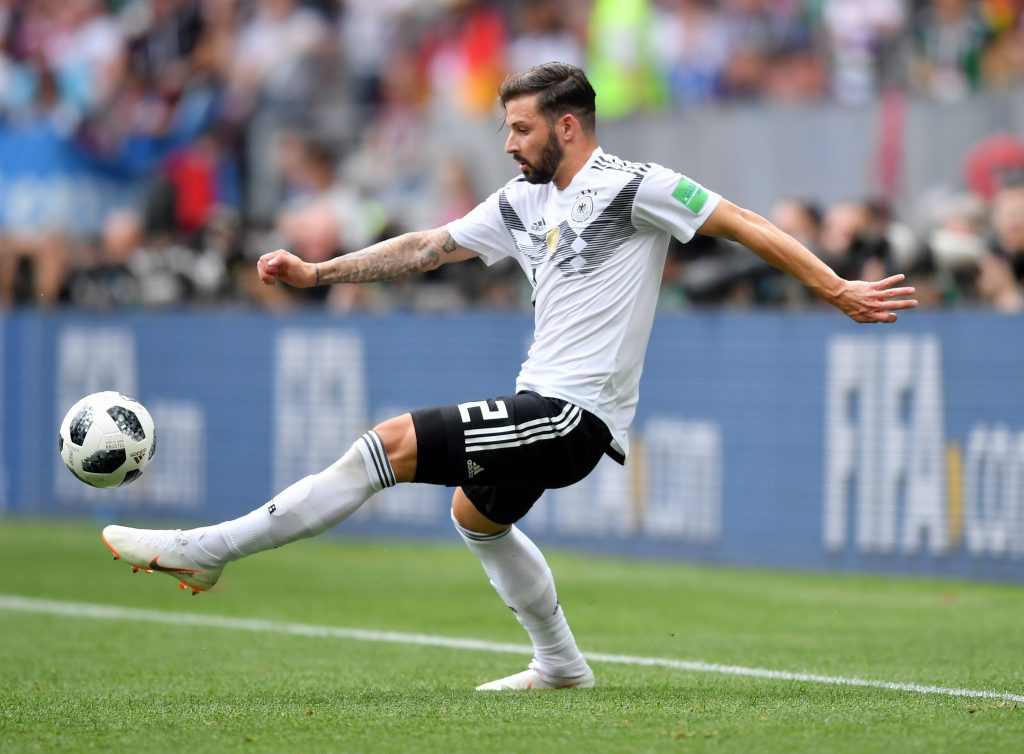 END_OF_DOCUMENT_TOKEN_TO_BE_REPLACED

Germany's right-back on the day, Joshua Kimmich, had 103 touches of the ball, more than any other player on the pitch as Germany focused their attacks down their right-hand side. Plattenhardt was replaced by Jonas Hector for Germany's second group game, the 2-1 victory over Sweden when Kroos scored a stoppage-time winner.

The report also claims that there were two separate cliques in Germany's squad. Toni Kroos was the leader of one, and Jerome Boateng the main figure in the other faction, nicknamed the "Bling Bling" group. 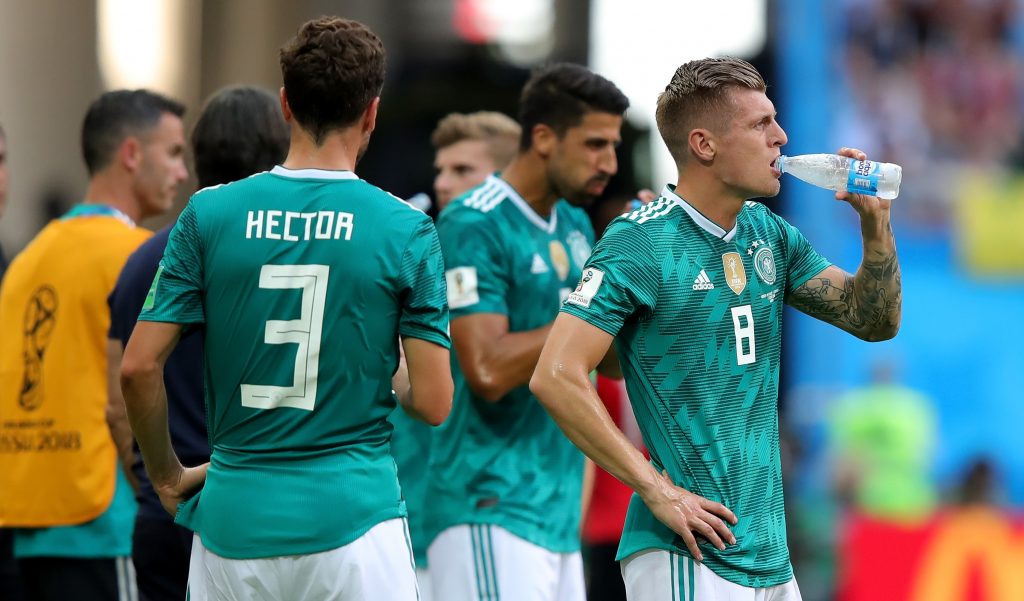 Ziegler claims that Germany were "arrogant, miserly and divided" and that there were issues over their base in Russia.

Joachim Low, the manager, wanted to the team to stay in Sochi, as they did last year when they won the Confederations Cup. But the German FA chose Vatutinki, a small town near Moscow, due to financial considerations.

The decision of Ozil and Ilkay Gundogan to pose for a photograph with Turkey president Recep Tayyip Erdogan in May also caused friction. The other players in the squad are said to have demanded an apology but didn't get one from the two players.

It sounds as though the German team came into the tournament with too many problems to mount a successful defence of their trophy.