The former midfielder came up through the ranks at Watford, moved to Norwich, then captained Blackburn Rovers to the title in 1995 before having spells with Tottenham, Portsmouth and Coventry. 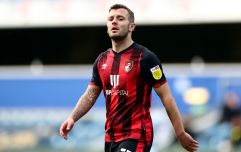 END_OF_DOCUMENT_TOKEN_TO_BE_REPLACED

He also squeezed in a couple of England caps before moving into coaching when his old boss Harry Redknapp thought he was the best man to help him coach Tottenham. In 2013 he took over as Spurs boss after Andre Villas-Boas was sacked.

He did six months at White Hart Lane before an eight month spell in charge of Aston Villa.

So he's paid his dues, has Tim. He wants a job in football, but clearly doesn't want to have to bother his arse with annoying things like going in every bloody day to take training in the cold and the rain.

And so it seems he has landed his perfect gig, as director of football for League One side Swindon Town. 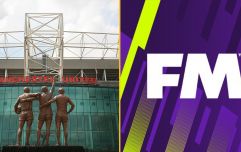 Manchester United to be given a new name on Football Manager

END_OF_DOCUMENT_TOKEN_TO_BE_REPLACED

Normally when a club employs a director of football all parties involved bang on about how he won't be interfering in team selection, tactics, or have the final say on transfers.

Not so at Swindon, as chairman Lee Powers explains:

As Len points out, it seems that Tactics Tim gets to do all the fun and important stuff, while poor old 'manager' Luke Williams has to stand about in the sleet watching a bunch of League One cloggers running between those poles and trying to curl balls around those training ground mannequin things. Or as Daniel Storey puts it:

Tim Sherwood is basically treating Swindon Town like the Football Manager game in which you can't be arsed to sort out the training.

END_OF_DOCUMENT_TOKEN_TO_BE_REPLACED

Either way, it seems Tim's influence had some impact as The Robins - who had not won in four games - thumped Charlton Athletic 3-0 at the County Ground in his first match in charge.

And poor old Luke Williams was forced to concede how Tim had helped.

"Tim has identified some additional play that can help us to not give too many opportunities to our opponents. I think you saw that today, we gave very few opportunities away," he said.

"Some attacking moves that were very specific for the players to work on, very clear, and again I think we saw that on display today as well."

And we couldn't write a Tim Sherwood story without a reminder of his best ever moment in football:

Here's Tim Sherwood opening a door in the most Tim Sherwood way to open a door ever - https://t.co/Y5g6kAH8Lw