It all makes sense now.

Brazil legend Ronaldo has revealed that his memorable haircut from the 2002 World Cup was part of a plan to distract people from his injury troubles. 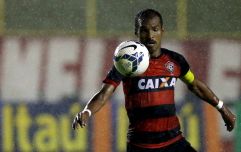 END_OF_DOCUMENT_TOKEN_TO_BE_REPLACED

It remains one of the most memorable sights from the tournament, and finally, 16 years on, the former Inter Milan and Real Madrid man has opened up on the reasoning behind the style choice which  prompted thousands of ill-advised copycats around the world.

"I had an injury in my leg and everybody was talking about that. I decided to cut my hair and leave the small thing there," said the man known as O Fenomeno.

"I come to training and everybody saw me with bad hair.

"Everybody was talking about the hair and forgot about the injury. I could stay more calm and relaxed and focused on my training. 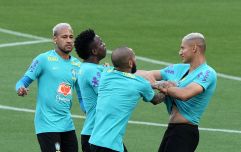 Footage emerges of Richarlison and Vinicius 'fight' in Brazil training

END_OF_DOCUMENT_TOKEN_TO_BE_REPLACED

"I'm not proud about the hair itself because it was pretty strange. But it was a good way to change the subject."

Well, that clears that up, and to be honest, it's reassuring to know that the man himself knew just how odd it looked.

But to be fair, it worked. Despite his injury concerns Ronaldo went on to score twice in Brazil's victorious final against Germany and finish as top scorer of the tournament with 8 goals.