The FA are investigating claims that Manchester City paid Jadon Sancho's agent, Emeka Obasi, a fee for his transfer from Watford while he was still a minor.

A report in German newspaper Der Spiegel, which has published a plethora of 'leaks' from the murky world of footballing deals in recent months, has reported that City paid Obasi £200,000 when Sancho was just 14 years old as part of his move to City's academy before he joined Borussia Dortmund in 2017.

Der Spiegel have also published "leaked documents" that they claim show City tried to conceal this payment by giving Obasi a contract to work for them as a scout.

However, the report claims that the £200,00 fee also appears in an internal City table under an "agent fee" heading for the Sancho deal.

Under FA and FIFA rules, agents are not allowed to represent players until they turn 16, when they can sign their first professional contract. 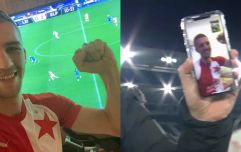 END_OF_DOCUMENT_TOKEN_TO_BE_REPLACED

A Football Association spokesperson told Sky Sports News: "We can confirm that we will be investigating the allegations."

After being contacted by Sky Sports News regarding these fresh allegations, City referred them back to their statement issues in 2018 after reports in Der Spiegel suggested that City had been "systematically" breaching Financial Fair Play regulations. That statement read:

They said: "We will not be providing any comment on out of context materials purportedly hacked or stolen from City Football Group and Manchester City personnel and associated people. The attempt to damage the club's reputation is organised and clear."