Russell Martin said he was 'gutted' after Ethan Laird was recalled

Swansea City boss Russell Martin has admitted that he was "gutted" after Ethan Laird was recalled by parent club Manchester United.

The right-back has impressed during his displays in South Wales this season, but United opted to bring him back to the club before sending him back on loan to Championship rivals and league leaders, Bournemouth.

A warm welcome to the latest #afcb addition, @EthanLaird ✍️

But Martin has said that he was expecting Laird to see out the season with Swansea before returning to his parent club and that he was surprised by United's decision.

"Very disappointed. Disappointed that we didn’t know much about it, or anything about it," Martin told WalesOnline.

"It’s not a position we were looking to recruit in. The lack of notice was a bit of an issue, but it is what it is. That’s the issue with loan players, when you have a loan player and he does well.

"He’s spent a year with us [at MK Dons and Swansea] and I think he’s grown incredibly in that time. He’s been a really good performer for us this season, his first season in the Championship. 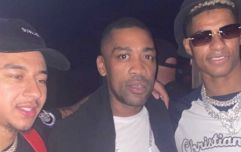 END_OF_DOCUMENT_TOKEN_TO_BE_REPLACED

"But his parent club have decided it’s better for him to go and play in a slightly different position with a different club in this league who are fighting hard for promotion. That’s their prerogative. That is the danger you have with loan players."

The former Norwich City defender added that the surprise recall of the 20-year-old was not something Laird had requested himself and that the decision will mean he has to alter his transfer plans.

"We’re gutted, on a personal level, we get on really well. It’s not a decision that was driven by him. He’s not looked to go, it was brought to him by the club.

"He’ll be a loss to us on and off the pitch. He has an infectious personality and he’s had some brilliant performances, but we are now in a position where we need to replace that, and it’s probably become a priority for us because we’ve lost a player who was playing week in week out.”

Laird is in line to make his debut for his new club on Saturday (January 8) against non-league outfit Yeovil Town in the third round of the FA Cup.