"You always ask about the one who isn’t playing."

Jose Mourinho was never going to escape the pre-match Paul Pogba question but he didn't look too pleased when he had to explain his decision to leave Manchester United's most expensive player of all time on the bench for Wednesday night's Champions League last 16 first leg clash with Sevilla. 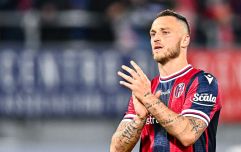 END_OF_DOCUMENT_TOKEN_TO_BE_REPLACED

The relationship between Mourinho and Pogba has been placed under a media microscope in recent weeks, ever since the midfielder struggled and was ultimately substituted in defeat against Newcastle 10 days ago.

It was suggested that the Frenchman had fallen ill ahead of kick-off but tried to play through the sickness.

When United's next game arrived, Mourinho was adamant that Pogba would feature against Huddersfield in the FA Cup but, on the morning of the match, the 24-year-old announced himself unavailable because he was feeling unwell.

Supporters expected him to return on Wednesday after he trained with his teammates in Seville but, when the teamsheets arrived, Pogba was named as a substitute.

Team news is out https://t.co/OdwosPkz92

END_OF_DOCUMENT_TOKEN_TO_BE_REPLACED

Breakthrough midfielder Scott McTominay started against the La Liga side and when Mourinho discussed his decision, he made sure to say that it was Pogba who had "created some doubt."

Speaking to BT Sport ahead of the game, Mourinho said: "Because McTominay is working hard every day, he is feeling good and strong, he played the last match for 90 minutes and Paul last Saturday wasn’t able to play and this is the kind of game where I think a player must feel 100 per cent. 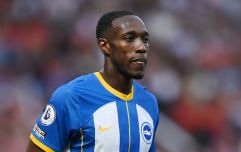 END_OF_DOCUMENT_TOKEN_TO_BE_REPLACED

17' - Change for #MUFC as @PaulPogba replaces Herrera, who looks to have picked up an injury. #UCL

However one potential issue with Mourinho's claim that he would only feel comfortable starting players who were 100 per cent came with the fact that he trusted Ander Herrera from the start.

Herrera has been struggling with an injury in recent weeks and, not altogether surprisingly, he was forced out of the game after just 17 minutes with what appeared to be a muscle injury.