Stark, stark warning given to Steven Gerrard about Rangers opportunity

Chris Sutton has never had anything nice to say about Rangers but this comes across as a genuine warning for Steven Gerrard's benefit.

When Sutton is celebrating the Hoops' trophies, he mentions Rangers. When Celtic are drawn against their Glasgow foes in cup competitions, it makes Sutton's day. The former striker even loves it when others get in on the act of criticising Rangers.

END_OF_DOCUMENT_TOKEN_TO_BE_REPLACED

Sutton has dedicated his post-playing career to a combination of punditry and Gers-bashing but it doesn't sound like the ex-Celtic forward is keen to see Gerrard take the Ibrox helm.

The outspoken analyst has delivered a stark warning to Gerrard, who is now odds-on favourite to take over from Graeme Murty in the summer.

"Rangers boss has to be one of the most treacherous gigs on the planet and I cannot imagine for the life of me what benefit he would see in moving to Ibrox right now," Sutton writes in his Daily Record column. 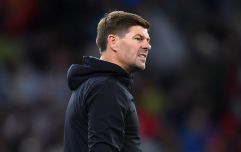 END_OF_DOCUMENT_TOKEN_TO_BE_REPLACED

"It’s an absolute nightmare. The most poisoned chalice around. No stability at the club, no leadership, no players worth much at his disposal and the task of trying to overhaul a Celtic team packed full of stars, with a burgeoning bank balance and a manager who is at the peak of his powers.

"Gerrard could finish his managerial career before it even really starts if he chooses to accept the offer made to him. The club is in a terrible state, they have a squad of under-achievers who start giving lip to a coach when things aren’t going their way, they are not very good and there are too many of them.

"In Glasgow, second is last. And Rangers might not even finish second this season. Across the city, Gerrard’s former manager Brendan Rodgers has Celtic charging into the distance with little chance of being caught.

"Seriously, what would Gerrard need to mount a challenge? About £30 million? He is not going to get that. Not even close, so he’d be coming to Scotland to be battered out of sight without any experience at all of a senior management role to call upon if things start going wrong."