"The amount of money they're paying for this boy is just absolutely bonkers!”

Kevin De Bruyne has been the best player in the Premier League this season. The Manchester City midfielder has reached a new level under Pep Guardiola and he is now arguably among the five best footballers in the world. According to his manager, De Bruyne is "world-class because he can do absolutely everything." The Belgian has developed into the complete midfield player, and it is difficult to find a weakness within his game.

Despite excellent seasons for Mohamed Salah and Harry Kane, it will be hard to look past De Bruyne for the Player of the Year award.

The 26-year-old first arrived in English football back in January 2012, joining Chelsea from Genk for £7m. He finished the season in Belgium before joining Werder Bremen on-loan the following season. When he returned Chelsea after scoring 10 goals in 34 games for the German side, De Bruyne wasn't part of Jose Mourinho's plans.

He started the opening game of the 2013/14 season, and a goalless draw away to David Moyes' United. He also played the final five minutes of a match against Fulham. However, De Bruyne didn't play again for Chelsea in the Premier League - 132 minutes of football was enough for Mourinho to decide he had no use for the player. After featuring in some League Cup matches, and with his playing time restricted, the Belgian joined Wolfsburg in January 2014 in a transfer worth £18m.

Mourinho said he let him go because he was "an upset kid… crying every day that he wanted to leave."

So, there were some who doubted him when he joined City for £55m in August 2015. At the time, De Bruyne was the second-most expensive player in English football history - after Angel Di Maria joined Manchester United for £59.7m the previous summer - and many questioned him after his struggles under Mourinho at Chelsea. 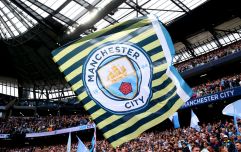 END_OF_DOCUMENT_TOKEN_TO_BE_REPLACED

De Bruyne scored 16 goals, and registered 27 assists, in 51 appearances for Wolfsburg during the previous season. But some pundits weren't convinced, including some of the Soccer Saturday crew. An old clip, posted by Twitter user Harry Siddall, of their reaction to De Bruyne's transfer to City has resurfaced, and it is quite incredible.

Paul Merson and Phil Thompson are both astonished that City have spent so much money on a player who had struggled under Mourinho, because to them, that was a greater indication of his talent than anything he had achieved playing in a league they don't watch.

"The world is going mad," Thompson begins. "The amount of money they're paying for this boy is just absolutely bonkers! He's a good player, but is he a great player?"

"Yeah, Jeff, he was. He didn't recognise De Bruyne's talent, but he wouldn't have known how to help him reach his potential anyway, Jeff. For me, Mourinho's reactionary tactics were a poor fit for a footballer trying to develop, and it's a sad indictment of him that he chose to discard the player so quickly, Jeff."

Only joking, of course Merson didn't say that. He stated, with complete conviction, that Mourinho was correct to get rid of De Bruyne.

"I don't think he done it at Chelsea," Merson said.

"I don't think he got loads of chances, but he didn't look part of the Chelsea way. I think it was right for him to go. If you're buying someone for eight million and selling him for a 10 million pound profit, it's a no-brainer for me. I just don't see it, I just don't see 50-odd million pound for this player. I really do not see it at all! And this was someone who was at the top club in England, Chelsea, playing there, and it didn't click. He's played here before, at a top team with top players."

Predictions make fools of us all, but their dismissal of De Bruyne is astounding. They didn't give him the benefit of the doubt, or even entertain any possibility that maybe Mourinho was wrong, and City had bought a potentially brilliant player. This is football punditry at its worst.

You can watch Merson and Thompson speak nonsense here:

popular
Jurgen Klopp calls Man Utd style 'the worst thing you can face in the world' after draw
Bundesliga player surprises referee by asking him to swap shirts at full-time
Kieran Trippier WhatsApp messages that led to his ban are revealed
Matthew Perry's dad was a character on Friends and nobody noticed
Deep fake meme lads sing sea shanty that will make you want to abandon your childhood sweetheart and circumnavigate the globe
Men who lost weight during lockdown share their diet and workout plans
QUIZ: Identify which of these 50 players played with Wayne Rooney
You may also like
Sport
Man Utd must learn lessons from semi-final defeats if they are to be title challengers
Sport
Harry Maguire chooses worst moment to switch off as City beat United
Sport
Manchester City confirm three new Covid-19 cases hours before EFL Cup semi-final
Sport
Pep Guardiola criticised for backing Benjamin Mendy after New Year Covid rule breach
Sport
Man City investigating after Benjamin Mendy hosts New Years Eve party
Next Page