Sergio Agüero is expected to announce his retirement from football due to his ongoing heart problems at a press conference next week, according to journalist Gerard Romero.

🚨 Sergio Agüero 🇦🇷 will retire from football. Heart problems force him to leave football. Next week a press conference is scheduled to announce his retirement. [@gerardromero] #FCBlive pic.twitter.com/XCQdh0AT2n

END_OF_DOCUMENT_TOKEN_TO_BE_REPLACED

Aguero was substituted during Barcelona's draw with Alaves in October after suffering from chest pains. After undergoing cardiological tests, the club confirmed the cause was a heart arrhythmia.

At the time of the incident, Barcelona released a statement saying: "The player Kun Agüero has undergone a diagnostic and therapeutic procedure by Dr. Josep Brugada.

"He is out and for the next three months the effectiveness of the treatment will be evaluated to determine his recovery process."

Initial tests suggested that Agüero would be ruled out for three months to allow him to rest but further tests showed that the problem was worse than originally feared. 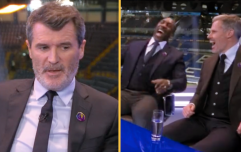 END_OF_DOCUMENT_TOKEN_TO_BE_REPLACED

"The decision has been made and Barcelona have been informed. #FCB Press conference to clarify the situation expected next week."

The Argentine joined Barça from Manchester City in the summer after a trophy-laden spell in England but only managed to make two appearances during his time at the Nou Camp - scoring on his first appearance in a 2-1 defeat to big rivals Real Madrid.