The Notorious opens a lot of doors in the USA.

Keith Hogan and his buddy are off to Las Vegas for Conor McGregor's title unification bout in Las Vegas this weekend.

The lads were dragging up the rear to board their flight but, luckily, their casualness paid off as they spotted Iron Mike Tyson boarding their plane. 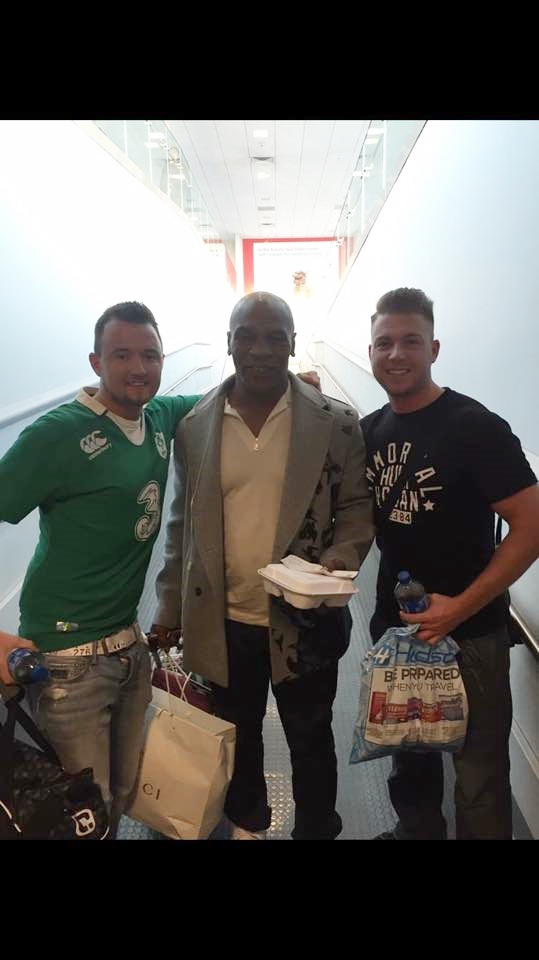 END_OF_DOCUMENT_TOKEN_TO_BE_REPLACED

Keith let us know about it, explaining how he and his mate were the last two boarding on the plane from New York to Vegas when they spotted Tyson going through the first-class area.

His request for a photo was denied as Tyson said he was too busy, before he caught wind of their accents and asked: "Are you guys Irish?"

END_OF_DOCUMENT_TOKEN_TO_BE_REPLACED

The two said they were, before shouting "The McGregorinator" towards the Hangover star, to which Tyson replied: "I have time for the Irish."

If you have something you would like to share with us from Las Vegas ahead of the McGregor fight, or spot something on your mate's social media, send it to [email protected] or hit us up on Facebook and Twitter