Jack Grealish has very quickly become one of the most polarising players in the English game.

There seems to be little middle ground where the Aston Villa playmaker is concerned. Some see the 25-year-old as a unique talent who can add that extra level of guile and creativity for both club and country, whilst others question his casting as the second coming of Figo crossed with Gazza. It seems the professionals are just as polarised on the player as the rest of us.

Whilst covering the highlights of England's lacklustre defeat at the hands of Denmark for ITV, Ian Wright and Roy Keane were poles apart whilst discussing Grealish and his value to the national team. Wright was the more effusive of the two, suggesting the Brummie had every right to be annoyed for his lack of involvement under Gareth Southgate, whilst Keane questioned the hype.

"I would have liked to have seen him come on. [Southgate] brought Jordan Henderson on - fine. But the fact is, bring [Grealish] on," implored Wright. "We needed some creativity in the middle – he was man-of-the-match against Wales. He sat out two games. You need someone who runs with the ball. Passes the ball through. He’s not afraid in any situation on the pitch to show for the ball and try to make something happen."

Keane was wryly sceptical in his response. "I am intrigued! You have said he has played 14 minutes of competitive football for England yet all of a sudden - and I know Wrighty loves him and we all know he's got a chance of being a very good player - it’s like he’s the messiah! The messiah of England!" 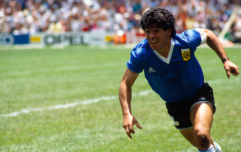 END_OF_DOCUMENT_TOKEN_TO_BE_REPLACED

"There was nothing, for me, in that Denmark side that we couldn’t beat," Wright countered. "We were very pragmatic with the team that [Southgate] picked. I don’t know where the creativity was going to come from in the midfield. Was it going to come from Conor Coady spreading it wide?"

Keane, for his part, stuck to his guns and suggested some temperance is required. "Jack will get his time. There are other games coming up...Jack will have to be patient."

You may also like
Sport
QUIZ: Name every player to score for England this century
Sport
England named joint-favourites for Euro glory next summer
Sport
Ireland fans left furious by ITV's national anthem error
Sport
17-year-old Jude Bellingham called up to England squad for first time
Sport
Marcus Rashford set to miss out on BBC Sports Personality of the Year
Next Page