It doesn't get much better than this

Manchester United supporters watching Nemanja Matic and Fred trying to hold down that defensive midfielder role in recent seasons, will be asking why the club did not go all-out to sign Declan Rice.

END_OF_DOCUMENT_TOKEN_TO_BE_REPLACED

While Ole Gunnar Solskjaer seemed intent on getting in a raft of attacking talent, and letting only Dan James go, United look to be in need of a holding midfielder in the N'Golo Kante mould.

Declan Rice has come on as a solid centre midfield option for West Ham and England, but he has remained in London despite being linked to the likes of Chelsea and United.

Ahead of the Hammers' Premier League encounter with United, Sky Sports presenter Dave Jones put it to Roy Keane that Rice could fit in well with United.

"I think he would," Keane replied, "Declan has improved more than anyone, over the past season or two, that I've looked at."

The former Manchester United captain would then go on to pay Rice the highest compliment possible, and predict bigger things for a player he briefly coached with Ireland. 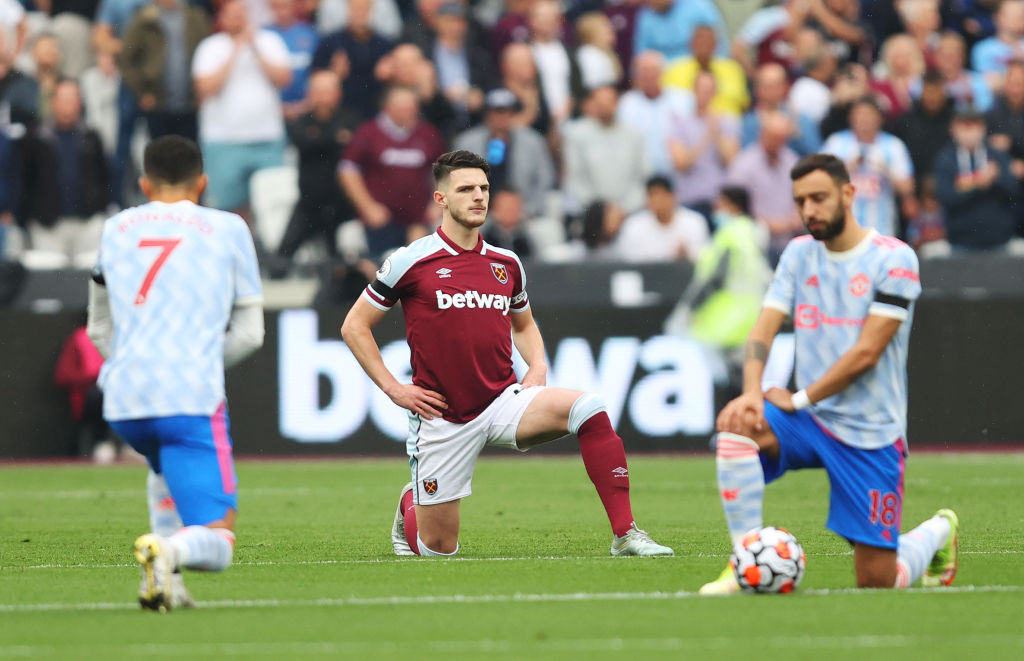 END_OF_DOCUMENT_TOKEN_TO_BE_REPLACED

Keane won a double - league and FA Cup - with Manchester United when he was 22, but feels Rice is technically ahead of where he was at the same age.

"If you had asked me a couple of years ago I would have said no, give him another year or two, in terms of maturing. He's 22 and I look at where I was when I was 22, and he's way ahead of me.

END_OF_DOCUMENT_TOKEN_TO_BE_REPLACED

"I think the next step will come for him when he's playing at a higher level. When I say a higher level, I mean the likes of Man United, Champions League, competing for trophies.

"He's always available, he plays the games and he's a big presence out there. It will be a really good judgement, on today. I'm not a big fan of the United midfield - I think they're a bit short - so we'll see how he does today."

Roy Keane gives Declan Rice some big praise when asked if he would improve the Man United midfield pic.twitter.com/oFo5sQzsfU

Keane may be downplaying his own abilities and influence at the same age, but such praise of Rice shows how much the United legend regards the midfielder.