All of a sudden, it seems there's a good chance Wayne Rooney could be set to leave Everton for a second time.

Not even a year on from sealing a return to his boyhood club from Manchester United, the 32-year-old has been strongly linked with a move to America, with Major League Soccer's DC United said to be cautiously optimistic of their chances of signing him. 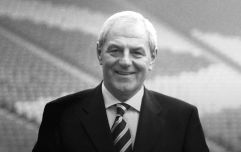 END_OF_DOCUMENT_TOKEN_TO_BE_REPLACED

Reports on Wednesday claimed Rooney's representatives had held discussions with MLS about a possible move which would see him earn £12.5m. A day later and The Daily Mail claim the striker has informed Everton of his desire to leave Goodison Park for America, with a move seemingly drawing closer.

Although it now seems there is a serious chance that Rooney could be plying his trade on the other side of the Atlantic before the end of summer, there's also the possibility he may remain on these shores. Reports of a move to the States followed suggestions by some that newly appointed Rangers manager Steven Gerrard may wish to take him north of the border for his first season at Ibrox.

As reported by The Birmingham Mail, Wolverhampton Wanderers, who have sealed their promotion to the Premier League for next season, are 'amongst the favourites' to sign Rooney. Wolves are keen to bolster their squad ahead of their return to the top flight, and Rooney - a five time Premier League winner - could add valuable experience. The report points out that Wolves are his third likeliest destination at this moment in time, behind a move to MLS and Rangers.

DC United are understood to be keen to bring in a status signing with global pull when the MLS transfer window opens on July 10. Carlos Tevez and Javier Hernandez, Rooney's former United teammates, are also thought to have been considered by the club, as has former Manchester City and Liverpool striker, Mario Balotelli.