At some point, almost all of us played it

What do you think of when you think of Roberto Baggio? The former Italy international played for almost all of Serie A's biggest clubs bar the two Roman giants, and won titles at home and in Europe.

For most, their memory is of him, desolate on his knees in the searing heat of the Rose Bowl in Pasadena, California after skying the decisive penalty in the 1994 World Cup final, handing the trophy to Brazil.

How many of us played this behind the teacher’s back in I.T. class? 🖥 pic.twitter.com/J5cnXm4Bmt 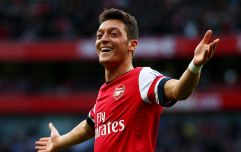 END_OF_DOCUMENT_TOKEN_TO_BE_REPLACED

For those a little younger, though, memories of him are a little closer to home. That's because of a little game called Roby Baggio Magical Kicks.

This was a Flash game that lived (and still lives) online, and that was played when possible by school kids up and down the country during IT classes.

It remains incredibly fondly remembered for its simplistic and bizarre gameplay.