"It’s only by luck that we haven’t had anyone killed yet... All the warning signs have been here now for some time."

The chairman of the Referees' Association has called for more to be done by authorities and the Football Association to protect referees from abuse, admitting that he fears an official will be killed if action is not taken.

END_OF_DOCUMENT_TOKEN_TO_BE_REPLACED

Premier League referee Mike Dean received death threats after sending off West Ham's Tomáš Souček during a game with Fulham last weekend and, as a result, has since asked for time off from officiating. Speaking to JOE, Paul Field expressed his sympathy with Dean and his family, adding that the abuse of referees is commonplace throughout the game.

"It cannot be right that a referee goes about his business and suffers this horrendous abuse afterwards," Field said. "There are other victims in this, too. We mustn’t forget that. Mike’s a victim, but so are his family and that's really unfair.

"The sad fact is we are hearing of similar incidents of referee abuse on a weekly basis, right the way down to grassroots level. There’s a trickle-down from the more high-profile incidents like this.

"I honestly believe it’s only by luck that we haven’t had anyone killed yet. I know referees that have been driven at in the car park. All the warning signs have been here now for some time now and I really fear that's where this is leading." 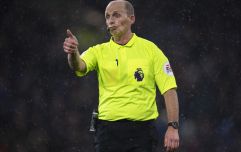 END_OF_DOCUMENT_TOKEN_TO_BE_REPLACED

While he welcomes the recent letter sent by football authorities to Twitter and Facebook as a small step in the right direction, Field says the prevalence of negative comments about officials - both on social media and within the media itself - has exacerbated the problem.

"When you get respected pundits describing decisions as the worst they’ve ever seen in their lives, or calling officials idiots, all that energy is being listened to by some people who think it validates their abuse," he said. "Everyone in the football family has a role to play in making sure this stops."

Field believes the key to solving the issue is through tougher sanctions of those abusing officials and better education on the complexities of being an official. As well as calling on FA Council members to back a proposal which demands tougher sentencing around assaults and abuse towards referees, he says the governing body must also do more to raise awareness of the laws of the game and what the role entails. 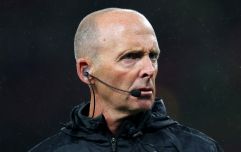 END_OF_DOCUMENT_TOKEN_TO_BE_REPLACED

"The FA do not educate coaches on pitch-side behaviour towards referees. County Football Associations, on the whole, are letting football down. There's also the issue that the wider public - and in some cases people within the media - don't always know the laws of the game, which leads to unfair criticism of referees. If the laws of the game could be easily accessed and broken down in an easy-to-understand way, that would help the general public understand why certain decisions are made and how difficult the job actually is.

"In a few weeks there’s a proposal going forward to the FA Council about increasing the sentencing around assaults and abuse towards match officials. I think anyone who votes against it should have a hard look in the mirror and consider their position. I don't see why anyone would want to vote against protecting referees with tougher sanctions." he adds.

"That has to happen if this situation is to improve."