It's only now becoming clear how much of an effect Brexit could have.

Everything from the price of a pint on holiday to the amount you're shelling out on your mortgage and rent.

END_OF_DOCUMENT_TOKEN_TO_BE_REPLACED

Nothing is immune - not even top flight football.

Real Madrid might be innocent victims of Britain's decision to pull out of the EU.

Reports in Spain claim that Madrid may have a big problem on their hands as Bale would be a non-EU player once Britain leaves, which looks likely to be less than two years away.

The Spanish Champions League winners' problem is that they're already at the limit of the number of non-EU stars they can have, which stands at three.

Real Madrid have already filled their non-EU quota of players, meaning one of James, Casemiro or Danilo would have to move aside for Bale. 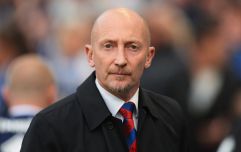 END_OF_DOCUMENT_TOKEN_TO_BE_REPLACED

Currently they have James Rodriguez, Danilo and Casemiro - but if they wanted to keep Bale, one of this trio would have to make way.

Hopes were to offer the 26-year-old Welshman, who has already notched three goals at Euro 2016, a new deal until 2023, but now talks are on hold. 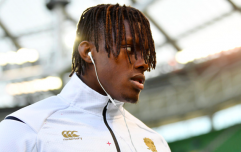 END_OF_DOCUMENT_TOKEN_TO_BE_REPLACED

Speculation is already starting that long-time Bale admirers Manchester United could move for the Wales star.

Other outlets suggest Rodriguez could be sold - with United and Chelsea again though to be keen on him.

But, as with most things today, nobody really knows what the hell is going on.