Rating all 29 of Barcelona's signings since 2015

This has been a long time coming

The last time Barcelona made a properly good signing was six years ago. In the summer of 2014, Luis Suarez and Ivan Rakitić arrived at the Camp Nou and helped win the club's first Champions League since 2011.

END_OF_DOCUMENT_TOKEN_TO_BE_REPLACED

But they have not won the competition since. Friday night's humiliation against Bayern has provoked lots of questions about Barça's enduring mismanagement at board level, as the club conceded eight goals with two €100+ players on the bench, and another on Bayern's bench.

Since the summer of 2015, they have signed 29 players for a combined total of around €800m. It is hard to argue that any of them have been worth the money. Here is a list of every single one and a rating of their time in Cataluña.

Replacing the great Dani Alves was never going to be easy, as shown by Vidal's time at Barcelona. With 51 appearances in three years before being sold back to Sevilla, Vidal can only be deemed a failure of a signing. 2/10.

Gary Neville hits back at United fans, claiming 'anything goes' in Johnson era

END_OF_DOCUMENT_TOKEN_TO_BE_REPLACED

Along similar lines, Turan was Barcelona's first attempt at buying a long term successor for the ageing Andres Iniesta. But he never really settled. He wasn't used to playing in a midfield three, having been deployed on the left of a four under Simeone. He was loaned out to Istanbul Basaksehir and most recently made headlines for being handed a two-year suspended sentence for firing a gun in a hospital. So yeah, it didn't work out. 2/10.

Another failed attempt to replace Iniesta, albeit a low risk one. He made very little impact, was loaned out to Arsenal where he made even less impact and eventually sold to Celta Vigo. 2/10. 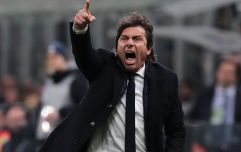 END_OF_DOCUMENT_TOKEN_TO_BE_REPLACED

Always brought in as back-up to Ter Stegen, and did more or less okay whenever called upon. He was recently sold to Valencia for £35m, so at least they made a decent profit on him. For that and that alone, we'll give him 5/10,

Again, brought in as back up to Jordi Alba and did a job, but was never going to fight his way into the first XI. Barça made a small profit on him in his transfer to Everton in 2018, where he has established himself as one of the best left-backs in England. 4/10.

Umtiti was actually good, for a while. Following the decline of Javier Mascherano, Gerard Piqué needed a new partner, preferably left-footed and preferably with a bit more mobility than Piqué himself. Umtiti ticked every box and was capable of playing the Barcelona way. But recent injuries have seen him sidelined for long spells and replaced. Not really his fault obviously, but still. 6/10.

Another player who was always going to play a bit part role, as back up to Luis Suarez. He joined off the back of two prolific seasons at Valencia, never replicated that form in red and blue and then couldn't stop scoring when he joined Borussia Dortmund on loan. He's now at Villarreal. 4/10.

The other part of Barcelona's double swoop from Valencia that summer and equally unsuccessful. This was Barcelona's third attempt at replacing Iniesta before he'd left and their third failure to do so. Gomes' spell at Barça convinced people he was a bad footballer when his time at Benfica, Valencia and now Everton shows this is obviously not the case. Watching Barça's 'midfield' against Bayern, you wonder how Gomes slipped through the cracks. 4/10.

A young centre-back, relatively cheap but evidently not good enough. Even at Everton he often looks unconvincing. 2/10.

Brought back to Barcelona in a panic after the club found themselves without enough forwards after Neymar packed up and joined PSG, Deulofeu was never in their long term plans. He played a few games before being loaned and eventually sold to Watford, who just got relegated. 1/10.

After the Aleix Vidal failure, Sergi Roberto ended up playing most games at right-back. And while he did a job, he was not the type of player Barcelona wanted there moving forward. Semedo fit the profile of a young, promising, attacking right back but has not made the step up from promising to world class. He's just sort of there. 4/10.

Yeah, I didn't realise he cost that much either. Generally, when a player moves from Europe to China in their mid to late 20s, it's a good sign they're not the sort of player Europe's most ambitious clubs should be after. His arrival at the Camp Nou was bemusing - he was the complete opposite to the sort of midfielders that have helped garner Barça's reputation for slick, expansive football.

He did actually play 49 games in a season, mostly because then manager Ernesto Valverde opted to switch to 4-4-2 (a cardinal sin in those parts) in the absence of a third, fit forward and deployed Paulinho on the right side of midfield. They won the league and the cup, he then returned to Guangzhou after one season. So I guess he deserves a 6/10.

The first half of the Neymar money was spent the same summer on Dembélé, who arrived late in the window. He didn't hit the ground running and ever since then, he has failed to establish himself as a guaranteed starter. That's a very expensive substitute. Injuries have played their part, and Neymar left very big boots to fill, but ultimately this is a rating of Barcelona's judgement and management more than him as a player. 3/10.

It can be easily forgotten that Coutinho is the fourth most expensive player of all time. After a few frustrating months of Dembélé not living up to expectations, Coutinho was brought in for £140m (including add-ons) from Liverpool. That was all of the Neymar money gone on two players fighting for the same spot, neither of whom quite fit the profile for what Barça wanted on the left wing. Coutinho was half-way between a 10 and a winger and didn't offer the off-the-ball movement that made Messi's partnership with Neymar so fruitful. Nor could he impress in the midfield three as the left sided number 8. There wasn't a spot in the system for him to play.

In order to get his wages off the bill, Barça sent him on loan to Bayern Munich, who just beat them 8-2, with two goals coming from Coutinho. Brutal.

To make matters worse, should Bayern go on to lift the Champions League trophy, Barça will owe Liverpool an extra £5m due to an add-on clause. 2/10.

Taking players from other super clubs because they've been deemed physically finished and on the decline is not a sustainable model. Vidal was never compatible with Barcelona's philosophy, he was 31 when he arrived, and he has been used out of necessity more than preference, in the aforementioned Paulinho role - a mere pair of legs in wide areas to cover the running Messi can no longer do. But nothing more. 3/10.

Arthur Melo was actually a really good signing. He was young, strong, technically superb and appeared to embody the best traits of the legendary Xavi and Iniesta. A hybrid of that duo, if you will. The thing is, Barcelona have inexplicably decided that actually, they'd rather sell him to Juventus, and take another ageing, immobile midfielder in Miralem Pjanić in return. Why! Would! You! Do! That!? 6/10.

It would be harsh to label Lenglet a failure based on the Bayern game - they were all terrible. On the whole, he has been a good partner for Piqué; mobile enough, good in the air, left-footed and an accurate and brave passer. Let's give him a 7/10.

It genuinely seemed at the time like they only signed Malcom out of spite. The winger was all set for a move to AS Roma, who had just knocked Barcelona out of the Champions League in dramatic circumstances, but Barcelona swooped in at the last minute. Did they play him, though? Give him a chance? No. 15 league games in one season and then off he went to Zenit St. Petersburg. 1/10.

You'd forgotten this one, hadn't you? Fair enough, he made four appearances, didn't score, and off he went. The thinking behind this signing was that they needed someone happy enough to sit on the bench and occasionally come on for Suarez. That is a tricky signing to get right, as other clubs have shown, but a 31-year-old Boateng? 1/10.

A terrible example of the short-termism that has clouded the board's thinking during this period. He played just twice. 1/10.

Too early to judge this one really. He's still only 20 and only has 25 senior appearances under his belt. N/A.

This one is a total mess. Cucurella came through the Barcelona academy but struggled for game time in the senior team, a fairly regular occurrence. He was then sent to Eibar on loan with a €2m buy-out clause, which the Basque club exercised after an impressive season. That permanent move also included a €4m buy-back clause which Barcelona triggered immediately, before loaning and eventually selling him to Getafe - they didn't buy him back a second time. 1/10.

Emerson left Brazil for Barcelona in a bizarre, joint transfer with Real Betis that saw both LaLiga clubs contribute to the transfer fee, the player turn out in green and white and Barça retain the option of re-signing him for €6m in 2021. Not going to lie, I can't see this one working out. But he hasn't actually played a game for Barcelona yet, ruling him ineligible for a rating. N/A.

In the few chances he's been given at Barcelona, he has looked impressive and a more than adequate understudy to Jordi Alba. Not too expensive either. 6/10.

Neto arrived in a swap-deal-that's-technically-not-a-swap-deal that saw Jasper Cillessen move the other way to Valencia. He's only a back-up, and Barça made some money out of the deal. 5/10.

De Jong clearly possesses marvellous talent, and should be trusted to carry Barcelona's midfield into the next generation. His first season has been difficult, and he hasn't quite replicated the form he displayed at Ajax during their fairytale run to the Champions League semi-finals. But there is clearly a future for him at the club, if he wants it. 6/10.

Anyone who's paid any attention to Barcelona over the past few years, seen their on-field issues exposed and seen the Dembele and Coutinho sagas unfold could have predicted the problems that this transfer brought. He doesn't fit the system, and he was never going to. Griezmann was a second striker at Atlético in a 4-4-2 and the only place for him at Barça would be as a left-winger. It was blindingly obvious from the outset that he would disrupt the balance of the team, as Setién publicly acknowledged recently. But the club went ahead and spent £100m on him anyway, only to have him on the bench for their biggest game of the season. What does that say about their recruitment policy?

There could still be a future for him, if Suarez is moved on and Griezmann allowed to become the central striker, but at the moment that seems unlikely. 3/10.

Ignoring the farcical circumstances in which this was allowed to happen, this transfer was effectively just a more expensive version of the Boateng signing. Nothing more than a stop-gap who is now being linked with moves to West Ham, a sure sign of mediocrity if there ever was one. 2/10.

So there we are, Barcelona's best signings since they last won the Champions League have both been left sided centre-backs, one of whom is now perennially injured.

£800 million spent on 29 players and not one of them a shining success.