"The PIF announced its withdrawal before the Board was required to come to any conclusions."

The Premier League have published a letter in response to Chi Onwurah, MP for Newcastle-upon-Tyne Central, regarding the failed takeover of Newcastle United by a Saudi-led investment consortium.

Negotiations over the takeover dragged on for weeks and ultimately ended in the consortium withdrawing from the deal, leaving the much maligned Mike Ashley in charge of the Premier League club.

Fans were divided over the issue; some were furious that they had been sold a dream and blame the Premier League for blocking the deal, while others were relieved not to face the moral dilemma of whether or not to continue supporting a club bankrolled by a state with such a poor human rights record.

Onwurah voiced the former group's concerns in a letter to the Premier League, seeking clarification over what led to the takeover bid falling through. And she got some form of an answer.

In truth, the letter is a brilliant example of the art of saying a lot without saying anything. But it does offer some clarity.

Asked why the process lasted so long, Premier League CEO Richard Masters responded: "There are no timescales prescribed by the Rules in relation to the Owners' and Directors' Test, and they generally take longer than a month to complete."


Masters' response explained that the Premier League asked each party involved to provide more information regarding the conditions of the takeover, before saying: "In this matter, the consortium disagreed with the Premier League's determination that one entity would fall within the criteria requiring the provision of the information. 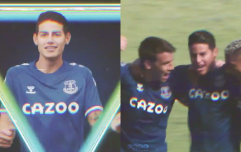 END_OF_DOCUMENT_TOKEN_TO_BE_REPLACED

"Later, it voluntarily withdrew from the process."

When asked whether the main issue with the proposed bid was Saudi Arabia's human rights record or disputes over the Premier League's intellectual property rights, Masters reiterated this point, that the consortium, or PIF more specifically, withdrew from the process before the Premier League were in a position to make a decision.

You can read the full letter below, if you want to.

It is a testament to fans campaigning that the @premierleague have responded to me.

For those struggling to connect to the website please find the letter below: pic.twitter.com/7OOex154ei


popular
Macclesfield Town stadium for sale for less than a London house
QUIZ: Match the quote to the It's Always Sunny in Philadelphia character #2
FootballJOE's Badge Quiz - #2
QUIZ: Can you guess the Playstation 1 game from the picture?
QUIZ: How well do you remember what these Harry Potter spells do?
Has Ghana's new kit overtaken Nigeria as this year's must-have shirt?
Cruel Ousmane Dembélé video goes viral with Manchester United fans