Former Good Morning Britain presenter Piers Morgan has once again hit headlines for something he said, and no, it is not about Meghan Markle. This time, Morgan set his sights on Olympian Simone Biles, who recently pulled out of the competition due to mental health reasons.

END_OF_DOCUMENT_TOKEN_TO_BE_REPLACED

"When I interviewed her on Good Morning Britain two years ago, she radiated so much self-confidence I thought she might self-combust on set," Morgan writes on his Daily Mail column.

"But it turned out there was someone – herself," Morgan writes. "But rather than dust herself down and battle on for Gold, as she did in 2018, she did something which absolutely staggered me."

After an awkward landing on her 'Amanar' vault, Biles apologised to her teammates and left the arena. It was later revealed that Biles left due to mental health reasons, which the internet and sporting commentators have applauded.

Thank you @Simone_Biles for being a role model and showing the world it's okay to prioritize your mental health. Looking forward to following along in your future endeavors! https://t.co/rpf9ZxVY8c

Most of the prominent Simone Biles critics don’t really care about women’s gymnastics or Olympic medals or mental health. They just need to gin up new culture-war outrages each week for their brands and she is, for obvious reasons, their latest fleeting target.

"What exactly is so courageous, heroic or inspiring about quitting on your team and country in an Olympics?" Piers questions. It is courageous, though, to do something you know will disappoint so many people and anger a small minority who can't grasp the reasoning. 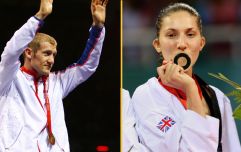 Why Piers Morgan is so wrong about bronze - regards, Team GB!

END_OF_DOCUMENT_TOKEN_TO_BE_REPLACED

"Of course, no sportswriters will dare say any of this because they're all too terrified of the woke mob coming for them," he states.

Biles pulling out is undeniably disappointing, but not because she has failed her country or team, but because people genuinely enjoy watching her perform. She is a powerhouse, electric both on and off the apparatus.

"Well sorry if it offends all the howling Twitter snowflake virtue-signallers, but I don't think it's remotely courageous, heroic or inspiring to quit.

"Get back out there Simone, and don't get sucked into all the weak woke failure-loving Twitter nonsense - you're too great a champion to be labelled a quitter."

Mental health is complicated. But ultimately, if doing something is going to affect your wellbeing negatively, then why do it?