Not the response they would have been hoping for

Football teams have gotten into the habit of sending messages to each other on social media, as content-hungry followers desperately search for some club-on-club interaction. 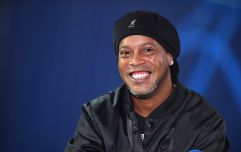 END_OF_DOCUMENT_TOKEN_TO_BE_REPLACED

Usually it involves the bigger teams, such as Manchester United recently tweeting Bayern Munich and other German clubs about the possibility of playing a pre-season friendly in the country.

Fans just lap it up, despite the fact that it is clearly manufactured and pre-planned, but either way it's just a sure fire winner.

At least, it tends to be, as League of Ireland side Cork City learned to their detriment today.

Tweeting a message to Polish side Legia Warsaw after being drawn against them in second round of Champions League qualifying, the Irish team decided to send a charming little tweet explaining who they are and what they're about.

Hi @LegiaWarsawEN , nice to meet you. We're @CorkCityFC - the Double Champions of Ireland. We play at Turner's Cross.

We just signed a player from the Premiership and our players score goals from 100+ yards.

See you in a few weeks! #CCFC84 #CityInEurope 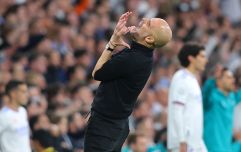 END_OF_DOCUMENT_TOKEN_TO_BE_REPLACED

It's all fairly self-explanatory, they refer to them signing Damien Delaney from Crystal Palace, as well as mentioning the fact that one of their players recently scored from inside his own half.

Unfortunately, the tweet didn't receive the sort of adulation that these things ordinarily do, and the responses ranged from "embarrassing" to "delete". Back to the drawing board folks.