Paul Scholes could be about to become a manager.

Scholes has been interviewed for the vacant manager's position at Oldham Athletic, according to several reports. The League One side have been without a manager since sacking John Sheridan on September 25th, and are currently 19th in the table, after taking just 10 points from their first 11 games of the season.

Oldham reportedly held talks with Scholes on Wednesday morning. The former Manchester United midfielder is a familiar face Boundary Park. He supported the Latics as a child and often attends their matches. 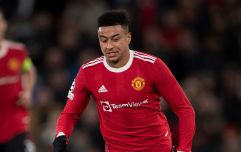 If the club appoints Scholes, it will be his first job as a manager. The former England midfielder was previously a reserve-team coach at United, and worked as a first-team coach when Ryan Giggs was interim manager at the end of the 2013/14 season. 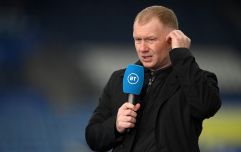 END_OF_DOCUMENT_TOKEN_TO_BE_REPLACED

He retired from playing for a second and final time in 2o13, after making over 700 appearances for United, winning 11 Premier League titles, three FA Cups and the Champions League twice along the way.

Scholes is a part-owner of non-league side Salford City, along with former United teammates Giggs, Nicky Butt, Gary Neville and Phil Neville, and he has worked as a pundit in recent seasons.

The 42-year-old may have decided that it's time to spend his Saturday afternoons in the dugout, rather than alongside Michael Owen and Robbie Savage on punditry duty. 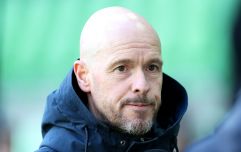 END_OF_DOCUMENT_TOKEN_TO_BE_REPLACED

Oldham appear to be keen on appointing a former world class midfielder as their new manager. Last month, they held talks with Clarence Seedorf about the position, but it seems as though the former AC Milan and Real Madrid midfielder is no-longer in contention for the role.

Richie Wellens has been caretaker manager since Sheridan was sacked, and has helped Oldham to three wins in a row.