Alright folks, let's do this

The midweek games saw us once again miss out on getting four out of four, with Chelsea vs Tottenham and Manchester City vs West Ham seeing us fall just short.

But we go again, and this weekend's set of crucial matches represent another opportunity to prove that all of our collective years of watching football have helped us learn a thing or two.

So, let's not waste anymore time on pleasantries, here are our selections for matchday 10 of the Weekly JOE Group Bet.

Leicester City have had a strange season. Under Claude Puel they had moments of magic with some really encouraging results against the league's top sides, but would follow those results up with a series of poor performances to perceived weaker teams. A number of these poor results came at home, something which understandably exacerbated the ill will towards Puel, and it was a 4-1 defeat at the King Power stadium which eventually led to his departure.


There's renewed positivity at the club with the appointment of Brendan Rodgers, and the recognition that theirs is a young, technically gifted squad with its best years well ahead of it. Given this, and the expected new manager bounce, I expect Leicester and Rodgers to hit the ground running in this new era. 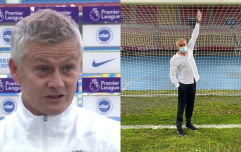 END_OF_DOCUMENT_TOKEN_TO_BE_REPLACED

Watford are inconsistent and have won just three games since Christmas. Because of this I think they'll represent the perfect opposition for Rodgers, who I can see taking three points in his first game in the dugout.

Fan Boy - Wayne: Over 2.5 goals in Manchester United vs Southampton

What can I say about Manchester United under Ole Gunnar Solskjaer? Aside from the humbling defeat to Paris Saint-Germain in the Champions League, almost every game has been a success. The most recent example is the fixture at Selhurst Park in midweek. United came into the game without a whole host of first team players, but, rather than make excuses, Solskjaer instead waxed lyrical about the strength of his squad as a whole.

That belief, and the positivity he has brought to the club, saw United secure a hugely impressive and convincing 3-1 win against a Crystal Palace side who would have been buzzing after hammering Leicester last weekend.

Southampton, who United host on Saturday, moved out of the relegation zone with victory over Fulham on Wednesday, but I'm still backing my team to continue their upward trajectory in a high-scoring game.

The Merseyside derby is always an interesting watch, and this season's first was one of drama, thanks to Divock Origi's freak late goal. That match and the result represented further pain for Everton, who have failed to register a victory against their bitter rivals since the beginning of this decade.


Liverpool demolished Watford during the week, a welcome sight for supporters who had grown weary after a series of draws and nervous performances from their usually free-flowing side. Everton themselves got a much-needed win in midweek against Cardiff City, but remain in a disappointing position in mid-table. 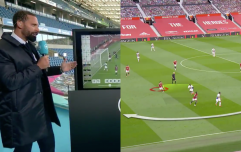 END_OF_DOCUMENT_TOKEN_TO_BE_REPLACED

The Reds are automatically favourites for this game, as they tend to be, and even more so after the gluttony of goals against the Hornets. That performance should give Jurgen Klopp's side a kick up the behind and, one would expect, a renewed confidence in knowing that on their day, with everyone firing, very few sides can keep up with them.

With Liverpool top this is one of the most crucial Merseyside derbies in years, and with the knowledge that a win against their rivals can push them even closer to a first Premier League title, I believe Liverpool will have too much for the Toffees.

Chelsea had a difficult week dealing with the fallout of the Kepa and Sarri situation, but secured an absolutely vital win over Spurs at Stamford Bridge on Wednesday. Sarri's decision to drop his goalkeeper and the subsequent performance from his team suggests that the Italian has made all the right moves in ensuring that his players are aware that he is in control of this team and not the players.

What was most encouraging about the win over Mauricio Pochettino's side was the fact that it was carried out in a style not usually associated with Sarri. He has, over time, shown a flexibility to send his team out with instructions that aren't always 'Sarriball' and that should stand him in good stead.

Against Fulham though, I expect a return to his signature style. Fulham are a team who like to have the ball and unfortunately for them are also one which leaves a lot of space open for the opposition. This combination will likely be making Sarri salivate at the prospect of what his team can do when pressing the likes of André-Frank Zambo Anguissa and Kevin McDonald in midfield.

Chelsea would have been favourites to win this anyway, but given the home side's turgid form and the Blues' renewed confidence, I can see them winning this with something left to spare.

Think we know nothing and want to pit your wits against the Football JOE group? Click here to add our selections to your betslip. You can then add your own selection(s), remove our selections (why would you do that?!), and choose your own stake.


popular
Jose Mourinho hits back at Ole Gunnar Solskjaer after goalpost joke
Jamie Carragher blasts rule makers after late Newcastle penalty against Spurs
QUIZ: Name the capital cities of all these 30 countries
QUIZ: Can you name every top European football club that begins with 'L'?
The JOE Friday Pub Quiz: Week 210
Ole Gunnar Solskjaer jokes about Jose Mourinho after Brighton hit woodwork 5 times
A scene by scene analysis of the most uncomfortable moment in Come Dine With Me history