Messi saw out the full 90 minutes after receiving medical treatment in the first half of Barcelona's 1-0 victory over Manchester United in their Champions League quarter-final first leg midweek.

END_OF_DOCUMENT_TOKEN_TO_BE_REPLACED

Smalling caught the Barcelona talisman in a thudding collision on the half-hour mark at Old Trafford and while Messi will get the chance to exact revenge in the return leg next Tuesday, Smalling has revealed that the pair met up after the first leg to ensure there were no hard feelings. 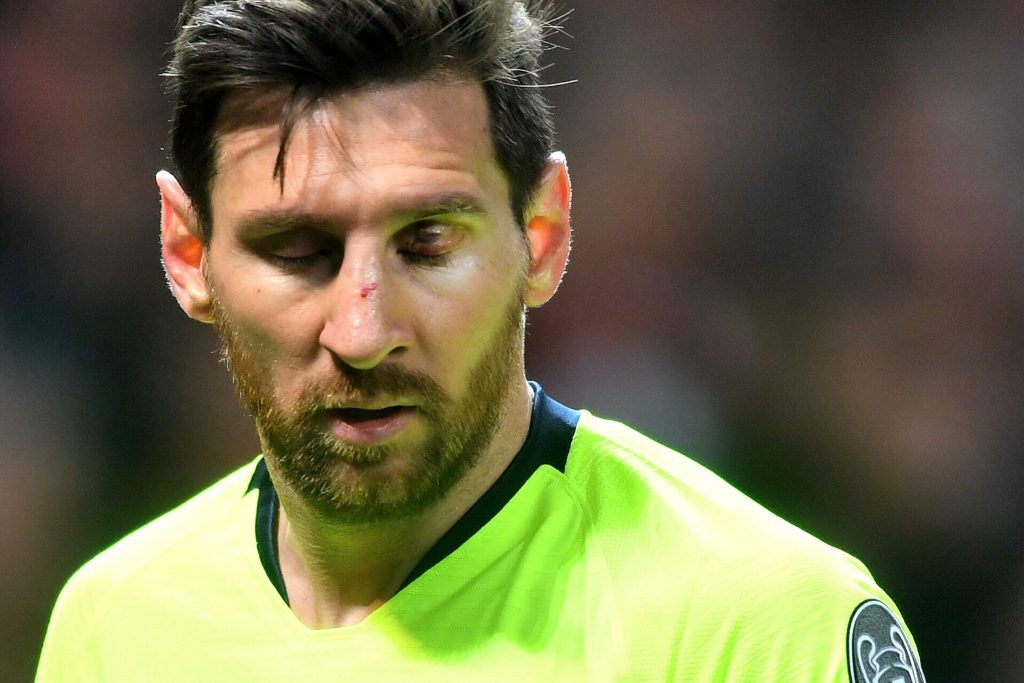 "He knew it was an accident."

END_OF_DOCUMENT_TOKEN_TO_BE_REPLACED

An early Luke Shaw own goal separated the sides on Wednesday, when United struggled to create chances in the final third.

And while we're all well aware of the magic Messi is capable of, he proved his toughness with his determination to play on after losing quite a lot of blood.

"I didn't realise at the time that I'd actually caught him like that," Smalling continued.

"Suarez [came up to me] after the game as well. We had a good tussle and he just shook my hands afterwards and said 'good luck'.

"It's nice when you can have that battle on the pitch and then there's respect after the game because, ultimately, you are just trying to do your best."