Gymnast Nile Wilson opens up on his battles with suicidal thoughts

He announced his retirement earlier this year aged just 24

Olympic gymnast Nile Wilson has spoken out about his battles with depression after suffering a series of debilitating injuries. 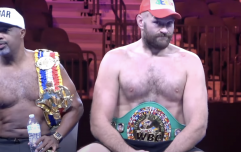 END_OF_DOCUMENT_TOKEN_TO_BE_REPLACED

At one point, the former Team GB star said his struggles developed into suicidal thoughts.

Speaking on the Priory Group podcast ‘Sporting Highs and Lows’, Wilson said his mental health issues stemmed from a serious neck injury that left him needing surgery in 2019.

"I just kept drinking pretty much for two weeks straight until I had the surgery", he said, adding that his mental health "deteriorated" around this time too.

Wilson told the podcast it was due to "the amount of pain" he was in.

Despite going under the knife not long after, he continued to experience complications from the surgery. This took a "horrendous" toll on his mental health.

It delayed a possible return to gymnastics, which only served to exacerbate the problems Wilson was feeling.

He likened his situation to the way the coronavirus pandemic brought everyday life to a standstill.

"Everyone has to stop what they're doing, you physically cannot do what you want to do because of this situation."

Reflecting on his mental health struggles around the time of his injury, Wilson said: 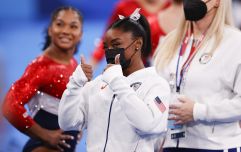 END_OF_DOCUMENT_TOKEN_TO_BE_REPLACED

"I felt months of anxiety and I couldn't understand why."

He went on to say he felt he'd lost purpose, which resulted in suicidal tendencies. Wilson found his only methods of dealing with the struggles were "extreme", often involving "gambling and alcohol" as coping mechanisms.

His parents didn't understand the issue at first.

"My mum and dad said 'you're an idiot, stop doing this'", but clarified their reaction was understandable as they were not familiar with how much damage had been done to his mental health.