Nate Diaz has not competed since his majority decision defeat to Conor McGregor in August 2016 and as for Nick, we've gone almost four years without seeing the older Diaz brother in action.

END_OF_DOCUMENT_TOKEN_TO_BE_REPLACED

But that's about to change because, according to reports, Nick Diaz is set to return to the UFC in 2019 for a clash with Jorge Masvidal.

The UFC is said to be close to finalising Diaz vs. Masvidal for UFC 235, which will take place in Las Vegas next March.

"The UFC offered us Nick Diaz and obviously we said yes," Masvidal told ESPN. "I would have loved to fight Nate, too -- just because those guys are studs, man. All will. They don't have the most skills in the division, but they have maybe the most will. You can beat the shit out of them -- pain, fatigue -- it doesn't matter. And I've got a lot of those same qualities. My fan base knows I'm going in there to die trying." 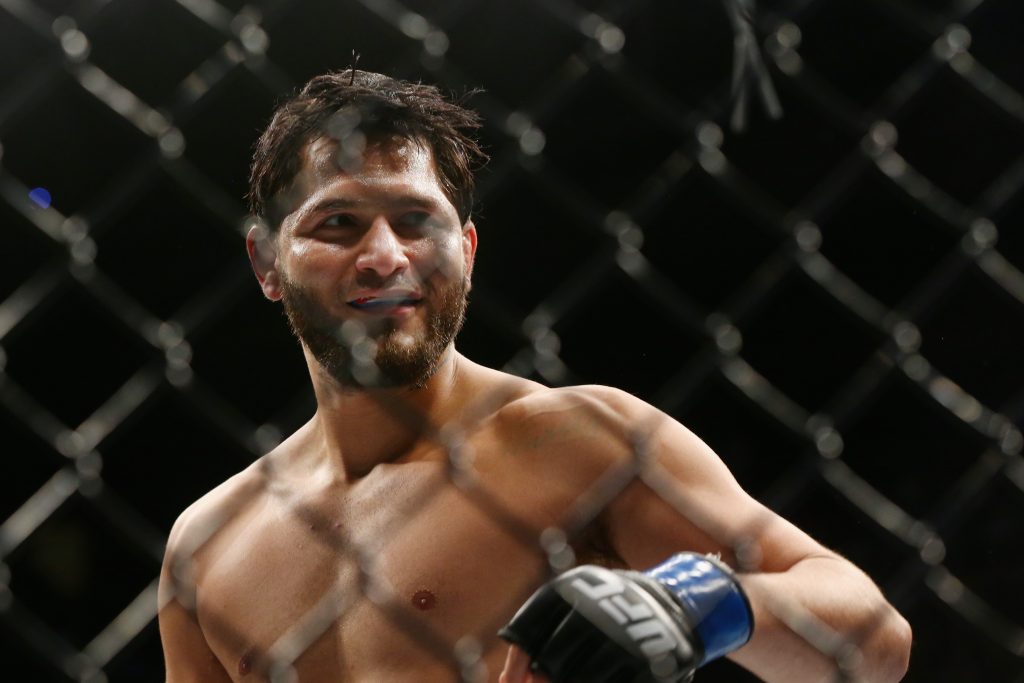 END_OF_DOCUMENT_TOKEN_TO_BE_REPLACED

Diaz has not tasted victory in over seven years, having last come out on top against BJ Penn in 2011. His three most recent outings - against Anderson Silva, Georges St-Pierre and Carlos Condit - have all resulted in unanimous decision defeats although the Silva fight ended up being overturned to a No Contest.

Masvidal, meanwhile, will hope to break his two-fight losing streak when he shares the Octagon with Diaz. 'Gamebred' is ranked ninth in the welterweight division and represents a tough test for the popular Stockton fighter.

Straight Blast Gym welterweight Gunnar Nelson was also offered to Masvidal but Diaz was always going to be his preferred opponent.

"That wasn't a fight that even interested me," Masvidal said. "Is Gunnar the highest guy I can fight right now? They offered me Nick Diaz. Who would you rather fight between them? These guys get their feelings hurt and think I'm ducking them -- who the fuck is ducking Gunnar Nelson?"

popular
Bette Midler wants the US to ban Viagra because it’s ‘God’s will’ to have a ‘limp d**k’
Travis Barker’s daughter shares picture of Blink-182 star in hospital bed - tells fans to ‘send your prayers’
Police hunt for two 'laughing' men who kissed three-year-old girl in front of distressed mum
British teen says she was raped in Majorca hotel by 'famous actor and musician'
Father takes his own life after 18-month-old found dead in hot car
'You're disgusting': Prince William roars at photographer who was 'stalking' his family
Drugs 'that could let humans live to 200' are being developed, scientist says
You may also like
News
Volodymyr Zelenskyy hits out at Conor McGregor over his past praise of Putin
Sport
Conor McGregor arrested and charged for dangerous driving
News
Former UFC star Chael Sonnen facing 11 counts of battery
Sport
UFC stars clash in brawl outside Miami restaurant
Sport
Dana White vows UFC will return to UK after explosive London event
Next Page