Leonard has issued a public apology

Meyers Leonard has been dropped by sponsors and his Twitch account, which had 58,000 followers, has been deleted. 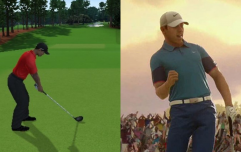 END_OF_DOCUMENT_TOKEN_TO_BE_REPLACED

The Miami Heat star was playing Call of Duty: Warzone on the live-streaming platform, when he launched into a foul-mouthed rant in which he used an antisemitic slur.

The clip then went viral on social media and reached millions of people. As a result his current side have released a statement condemning Leonard's language and have said that he will be "away from the team indefinitely."

The NBA has also launched an investigation into Leonard's actions.

Leonard has since taken to Instagram to say that he "didn't know what the word meant at the time" and that he was "deeply sorry" for using the slur. 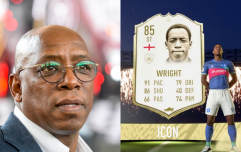 END_OF_DOCUMENT_TOKEN_TO_BE_REPLACED

In a statement that gives off major Wayne Hennessey Nazi salute vibes, the NBA player said: "While I didn't know what the word meant at the time, my ignorance about its history and how offensive it is to the Jewish community is absolutely not an excuse and I was just wrong. I am now more aware of its meaning and I am committed to properly seeking out people who can help educate me about this type of hate and how we can fight it."

But the repercussions have gone further than being suspended from his side and having his Twitch account deleted. The popular esports organisation FaZe Clan, in which Leonard had invested in 2019, have now "cut ties with him."

The organisation said: "We were incredibly disappointed to hear Meyer's stream today. FaZe does not tolerate hate speech or discriminatory language of any kind.

"While Meyers is not a member of FaZe, we are cutting all ties with him. This community has so much growing to do. Let's be better together."

Other gaming companies have also announced that they are ending relationships with the basketball player. Astro Gaming, Origin PC and Scuf Gaming all confirmed this in separate tweets.

popular
Man faces three years in jail in Dubai for legally smoking marijuana in his own country
Cop who pepper sprayed Black US army officer at traffic stop fired
A definitive ranking of every swear word from worst to best
Comedian learns Prince Philip died while mocking him onstage
Here's how to see who's been taking screenshots of your Instagram Stories
Prince Philip gets final wish after asking Queen to 'stick me in the back of a Land Rover'
Bodybuilder suffers horrific pec tear injury while bench pressing 220kg
You may also like
Gaming
Simpsons: Hit and Run remake petition hits 25,000 signatures
Entertainment
Rocket League Sideswipe is coming to mobile
Gaming
The first trailer for the new Aliens video game has arrived
Entertainment
These are the free games coming to PlayStation Plus and Xbox Live Gold in March
Life
Bots buy thousands of PS5s on day of GAME restock
Next Page