Millwall will link arms with QPR on Tuesday night, instead of taking the knee

When Millwall take on QPR in the Championship on Tuesday night, the club's players will link arms as a show of anti-racism solidarity - instead of taking the knee. 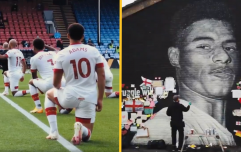 END_OF_DOCUMENT_TOKEN_TO_BE_REPLACED

Some QPR players said they will take the knee, however.

In tier 1 and 2 areas of the country, a small number of football fans were allowed into grounds over the weekend. The Den was one of the lucky stadiums, where Millwall played host to Derby County.

Prior to kick-off, players took the knee - an anti-racism gesture that has become synonymous in the UK with the Black Lives Matter movement.

However, when Millwall and Derby players engaged in the gesture, the reaction was hostile. They were met with loud boos from sections of the home support.

Before Tuesday night's clash with fellow Londoners QPR, players from both sides will display an anti-racism banner.

Millwall's usual kit sponsor, Huski Chocolate, will be replaced by branding from anti-racism charity Kick It Out instead. 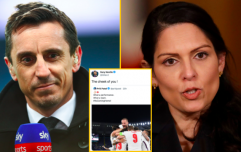 END_OF_DOCUMENT_TOKEN_TO_BE_REPLACED

A club statement posted by Millwall read: "Millwall believe that this gesture, which the club hopes to repeat with other visiting teams in the coming weeks and months, will help to unify people throughout society in the battle to root out all forms of discrimination."

Millwall FC have so far failed to condemn the booing, only going so far as to reiterate their commitment to tackling racism in general.

The club statement continued: "Millwall have a zero-tolerance policy against racial and all other forms of discrimination and want to again make clear to anybody who holds such views that you are not welcome at this football club. Millwall's stance, as always, is that anybody found guilty of racial abuse is banned for life."

Some members of the QPR squad have vowed to take the knee before the game, but it indicates a reversal of the club's previous policy.

QPR stopped taking the knee before games back in September. Director of Football Les Ferdinand said the gesture had become "diluted", and was not dissimilar to a "fancy hashtag".

However, boss Mark Warburton now said taking the knee is "the right thing to do".