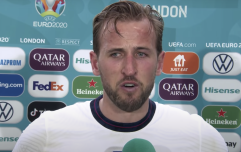 END_OF_DOCUMENT_TOKEN_TO_BE_REPLACED

Ten minutes from the break, the PSV Eindhoven winger was fed the ball inside the German box. With one touch, he cut inside, leaving Mats Hummels for dead, and fired low past Manuel Neuer.

It was a big goal. Big enough to trigger an earthquake back in his homeland (no, really); big enough to send the reigning world champions to defeat in their opening fixture.

Covering the game for Telemundo, the goal also prompted Cantor to launch into his passionate signature bellow of "Gooooool!", as the footage below shows. His first attempt lasts for 12 seconds. Briefly stopping for breath, he goes again - this time for a further ten.

@Telemundo's Andres Cantor's call of the #MEX goal is as awesome as you'd expect. pic.twitter.com/rQXHbwoNno

Magic. Possibly just as good as the way he covered Cristiano Ronaldo's point-clinching late free-kick for Portugal in their 3-3 draw with Spain the other night. 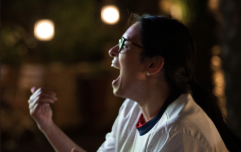 END_OF_DOCUMENT_TOKEN_TO_BE_REPLACED

Mexico's win leaves them top of Group F, ahead of the other opening game between Sweden and South Korea on Monday.

Germany's next game - now a must-win - will be against Sweden next Saturday. If they do win, they'll almost certainly need something in their game against South Korea the following Wednesday to make sure of a place in the knockout stages.

popular
The JOE Friday Pub Quiz: Week 271
Tobey Maguire Spider-Man spotted in No Way Home merchandise
Over 200 kilos of cocaine with Liverpool FC branding seized
Ava White, 12, dies after Liverpool stabbing - four boys aged 13 to 15 arrested on suspicion of murder
A definitive ranking of every swear word from worst to best
Pundits criticised by scientists for linking player collapses to vaccines
Pro Volleyballer spends £590K believing he was dating supermodel Alessandra Ambrosio for 15 years
You may also like
News
Germany set to legalise cannabis within the next ten days
News
Austria to make Covid vaccines compulsory as nation plunged into full lockdown
News
Insulate Britain compares not acting on climate change to 'letting the Holocaust happen'
Life
Kids toy shop refuses to remove Gestapo fancy dress costume despite backlash
Life
This German city will give you $1.1m if you can prove it doesn't exist
Next Page