Lionel Messi has become a victim of his own consistency

People seem to have forgotten that he is indeed, The Best

As FIFA President Gianni Infantino announced that Lionel Messi had been voted The Best men's player of the 2018/19 season on Monday night, so ensued the very predictable online meltdown from football fans around the globe, up in arms that the best footballer of all time had been named The Best.

Messi only wins it because of his status. Had an average season and won La Liga but that’s it. VVD wins the champions league and euro nations finalist and still can’t win it

Outrage that the award had not been given to Virgil Van Dijk - the only real contender to take it off Messi this year - is indicative of two things. Firstly, that despite watching him for well over a decade now, some people still don't rate Messi as the greatest. But more significantly, people are bored.

Repetition is dull, people want variety. There's only so many times you can watch Messi tie five defenders in knots and slot the ball past a helpless goalkeeper before you be accustomed to such magic.


This is the sixth individual award the Argentine has received for his boundless talent. People have grown tired of seeing Messi and Cristiano Ronaldo pick up these awards for the last ten years, and naturally want someone new to win it, just to shake things up a bit. 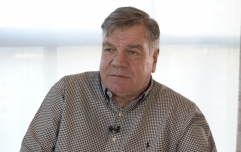 END_OF_DOCUMENT_TOKEN_TO_BE_REPLACED

But not all change is good change, and sometimes things are right just the way they are.

The argument that Messi had an average season by his standards, whereas Van Dijk transformed a team's fortunes, helping Liverpool to win the Champions League, is understandable. Liverpool's man mountain undoubtedly had a huge effect on his team's defence and they would not be European Champions without him. But there is a key flaw in this line of thinking - we are judging Messi against his own standards, previous versions of himself, rather than against every other mere mortal footballer.

Last season, Messi scored 51 goals and made 22 assists in 51 matches in all competitions. For context, Sadio Mané, one of the best players in the world, scored 26 in 50. Mohamed Salah scored 27 in 52. Cristiano Ronaldo, the one player you can usually count on to challenge Messi's numbers if no other area of his game managed 28 in 43.

So, Messi scored almost twice as many goals as his closest competitors, on top of the intangible influence he brings to the field: the calmness in possession, the state of panic he causes in defences, the countless passes from inside right to outside left where an overlapping Jordi Alba collects the ball.

Numbers can only tell us half the story in football. The rest we have to see with our eyes. But 51 goals has become the norm for Messi, it no longer registers as extraordinary. He has become a victim of his own consistency.

Doubters ought to take a look through Barcelona's start to this season, in which Messi made his first appearance this weekend, coming off the bench with his team trailing 2-0 to Granada, to see that just as Van Dijk lifts Liverpool up a level, Barça drop down one when their talisman doesn't play.

Losses to Athletic Bilbao and Granada and a score draw against Osasuna reveal just how much heavy lifting Messi has been doing over the past few years at Camp Nou.

It is also worth noting that we do not have much longer watching the magician in action. At least not at the highest level. While he is still putting ridiculous numbers on the board and digging his team out of trouble, he is 32 now. One day Barcelona will have a new number 10, and an era will draw to a close. Let's savour every moment while we can.

Ultimately, this is a subjective matter. Football is full of ever-thickening narratives, observed by people with short memories, personal preferences and deeply entrenched tribal allegiances. But all it takes is a step away from the bubble and a YouTube highlights reel to realise that yeah, Messi probably is The Best.


popular
The JOE Friday Pub Quiz: Week 179
Jenson Button on crashes, his Brawn fairytale and the rules of the road
The FootballJOE Quiz: Week 1
Five Fantasy Premier League Tips for Gameweek 28
DIEGO MARADONA: The making of the film on a defining chapter in the life of a football legend
QUIZ: Name the capital cities of these 30 countries
This is the hardest Pokémon quiz you'll ever take