He only made his international debut in February 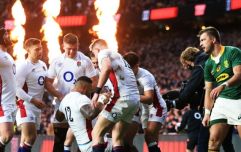 END_OF_DOCUMENT_TOKEN_TO_BE_REPLACED

The two played together at Saracens, before Tompkins joined Welsh side Dragons on a season-long loan.

"I'm not a coach or a selector, but Nick Tompkins has done really well for Wales.

"Hopefully if he has another season like that, it would be great to see him play [for the Lions]."

Tompkins, who qualifies for Wales through his grandmother, made his Wales debut against Italy on February 1st this year. He bagged a try in a 42-0 win for Wayne Pivac's side.

Maro Itoje and Nick Tompkins were both part of the Saracens side who defeated Exeter in the 2019 Premiership Rugby final. (Photo: David Rogers / Getty Images) 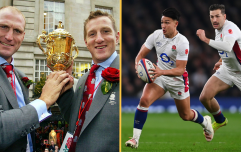 END_OF_DOCUMENT_TOKEN_TO_BE_REPLACED

The Lions are set to tour South Africa next year. Itoje, who was involved in the last Lions tour in 2017, spoke particularly highly of the Irish squad members he played alongside.

"I enjoyed playing with Tadhg Furlong. He's a good guy, obviously a very talented ball carrier and a strong scrummager. Loves his Guinness too."

Saracens have been relegated from the Gallagher Premiership due to financial issues. This has resulted in a number of key players leaving the club on loan for the 2020/21 season.

Maro Itoje and Owen Farrell have been linked with moves to Super Rugby. (Photo by David Rogers/Getty Images) 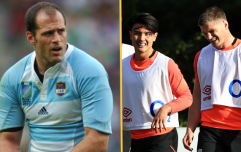 END_OF_DOCUMENT_TOKEN_TO_BE_REPLACED

Recent reports in the press have linked Itoje - and England captain Owen Farrell - with moves to Super Rugby. The particular club in question, Chiefs, are coached by Warren Gatland, who will take charge of next year's Lions tour.

However, Itoje insists that the move is just speculation.

"I haven't had any communication about that, so I think that may just be a story - I know rugby people need to write something!

"But I've had no communication with regards to that."