Balotelli made fun of recent reports that he's overweight

The Italian posted an Instagram story on Saturday using a photoshopped image in which he appears comically overweight, following reports that he ballooned over the summer.

Balotelli was reacting to a story early this week which suggested he had arrived for pre-season training at Nice weighing a whopping 100kg.

In true Balotelli fashion, the striker joked about the claims on Instagram, saying: "I just made this selfie! So many doubts denied."

The former Man City and Liverpool forward is no stranger to off-the-pitch headlines, having famously addressed his public attention with a 'Why Always Me' t-shirt, which may no longer fit.

A source from Ligue 1 side Nice told L'Equipe this week: "He didn't feel any need to be there as he was negotiating his transfer to Marseille at the time.


"He knew he was suspended for the first three games of Ligue 1 so he wasn't in good shape." 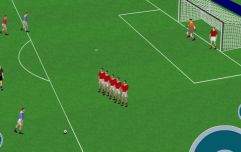 END_OF_DOCUMENT_TOKEN_TO_BE_REPLACED

Balotelli has reportedly shed a few pounds since returning to training, but is still 6kg over his ideal weight.

He returned to international football for Italy's recent clash with Poland, but was subbed on the hour mark after failing to make an impact.

Polish FA president Zibi Boniek joined in the questions about Balotelli's fitness, hitting out at the 28-year-old's physical condition after their draw.

"I wouldn't put on player who is 15kg overweight. He was not ready for the game," Boniek said.

You may also like
Politics
Number 10 deny that Boris Johnson took a secret trip to Italy in September
Food
How to cook a real authentic Italian spaghetti Carbonara
News
VE Day: The untold stories of the guerrillas who fought the Nazis
Sport
6-year-old Italian child designs new kit for Serie B side Pescara
News
Lockdown diaries: China, USA and Italy assess UK coronavirus response
Next Page