"What an absolute superstar, fought until the very end."

Marcus Rashford has paid tribute to a young YouTuber who sadly passed away at the age of just 17. 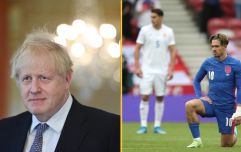 END_OF_DOCUMENT_TOKEN_TO_BE_REPLACED

'Kipsta', was a Manchester United fan and made football-themed videos on his YouTube channel, tragically passed away on Friday. He had spent weeks in hospital awaiting an urgent heart transplant but sadly failed to make it through a major operation.

His sister announced the news to his 19.3k followers on his Twitter page, saying: "Hello, as you all might already know my brother passed away today he had a very hard operation which lasted 7 hours but his heart couldn’t take it anymore, he was too weak to survive. Heaven gained another angel [sic]."

In a separate tweet, she thanked everyone that had supported her brother, whose real name is Alex.

Thank you so much to those who supported Alex thru his hospital journey you all been so amazing !you all kept him going gave him the energy to carry on ! All the messages kept his head up . He carried on due to all the nice support he had from twitter. RIP Alex .

He posted his last video just five days ago, as well tweeting that he'd bought Rashford's new book, saying that he "might be the biggest kid" to buy the book so far.


Might be the biggest kid that’s brought your book so far 😅 @MarcusRashford pic.twitter.com/8TYTh07NwN 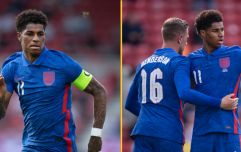 END_OF_DOCUMENT_TOKEN_TO_BE_REPLACED

After learning of the 17-year-olds passing, the Manchester United and England star tweeted: "My guy. I hope this book brought you at least a little enjoyment at the end. What an absolute superstar, fought until the very end. I was always thankful of your support."

My guy. I hope this book brought you at least a little enjoyment at the end. What an absolute superstar, fought until the very end. I was always thankful of your support 💔 @KipstaUnited https://t.co/YnSUwJ9KoE

Tributes have poured in from across Twitter since the news of Kipsta's death emerged. One Twitter user said that he had "never met someone so genuine and down to earth," whilst another described him as a "true warrior and inspiration to us all."

Absolutely heartbroken, i swear to god i’ve never met someone so genuine and down to earth as that kid, i wish i got to talk to him more than i did because he was such a great guy and so positive no matter what, he deserved so much better from life than this, RIP Kipsta

If the Rumours are true then RIP Kipsta, a true warrior and inspiration to us all. You won’t be forgotten and we all love you. Life can be cruel sometimes people, go tell your parents you love them because you never know what might happen the next day. Rip @KipstaUnited ❤️

Meanwhile, @RiZzyUTD tweeted to his 130k followers that Kipsta was "one of the nicest and most inspiring people I've ever had the pleasure of speaking to."

Here’s the link if you would like to continue donating money to his family: https://t.co/bsu3w9Y4jo

People are being encouraged to donate to Kipsta's GoFundMe page that was set up to help with his treatment, with donations still pouring as people look to help his family throughout this difficult time.

Our thoughts go out to his friends, family and his devoted followers.