How can a free transfer still feel like a rip off?

Manchester United have agreed terms with Inter Milan for the transfer of Alexis Sanchez.

Sanchez has spent the past season on loan at Inter and will join the club on a permanent deal, bringing his ill-fated spell at Old Trafford to an end.

Fabrizio Romano reported the news on Monday evening that Inter Milan will not pay a fee for the Chilean forward, and will pay him €7m a year, significantly less than United were paying him.

Total agreement reached between Inter and Manchester United on a permanent deal, here we go!

Inter will NOT pay any fee to Man United. He’ll join for free and Inter will take charge of his full wage. Sanchez will earn €7M/season as Inter player. ⚫️🔵 #MUFC #Inter @SkySport 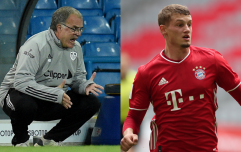 END_OF_DOCUMENT_TOKEN_TO_BE_REPLACED

It was thought that rumours of Antonio Conte nearing the exit door at the San Siro could scupper this deal but it looks likely to go through in spite of the rift between Conte and the board.

Meanwhile, Manchester United are thought to be extremely close to finalising the details in their pursuit of Jadon Sancho.