7 kit designs Manchester City will be wearing in coming seasons

Whilst Manchester City continue to strive for global domination with their array of international superstars and a growing roster of partner franchises in emerging markets around the world, they are clearly keen to stress a strong and undying connection to their home city. So much so that phrases like 'Manchester is BLUE' and 'This is OUR city' have become official club mantras. Say it long and loud enough and perhaps people will forget that other team even exist. That seems to be the plan anyway. 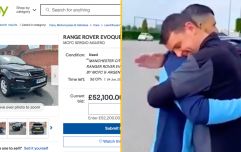 END_OF_DOCUMENT_TOKEN_TO_BE_REPLACED

This desire to become synonymous with Manchester has clearly seeped into kit design. In recent years, pretty much every new shirt has some story and motif that references a part of Mancunian iconography or pop culture. Amongst others, we've had... 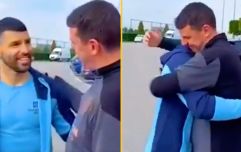 END_OF_DOCUMENT_TOKEN_TO_BE_REPLACED

There's actually a rather interesting article by Sam Lee on how Puma are actively looking to incorporate Manchester themes in their designs for the club, because there is apparently a global appetite from their fans for local stories to be embedded in the replica kits they buy and wear. But is there a danger that City/Puma could run out of Manchester-themed ideas?

They've done a Blue Moon one, and Hacienda was always an obvious reference, but then Castlefield and the mosaic and the new paisley one suggest more obscure inspirations are now required. With that in mind, we felt obliged to help out. So here are our suggestions to future Mancunian based kits that the likes of Messi and co could wear with pride. You're welcome... Aguero 'spends at least £90,000' on gifts for Man City staff after leaving club

END_OF_DOCUMENT_TOKEN_TO_BE_REPLACED

Manchester locals will be fully aware of the cold sweats and sheer panic that greets a 'met head' or Metrolink ticket inspector getting onto the tram when you've innocently forgotten to purchase a ticket to ride. But how can they chuck you off or sting you with a fine if you're wearing your ticket?

It's going to happen sooner or later, so for what it's worth, here's our Liam Gallagher inspired City top. The green parka design serves the dual purpose of making you look really cool whilst fooling you into thinking you're warmer than you are. Perhaps pair with an actual parka worn over the shirt for Liam-ception.

Moving swiftly on from one Manchester icon to another, this snazzy number is of course a tribute to the Rovers Return, and more specifically the one and only Bet Lynch played by Julie Goodyear. Perhaps sold with the stench of stale lager as an added extra, this is a must-have for fans of the famous cobbles. And leopards too.

Well if you're going to pay tribute to the character and architecture of Castlefield, then why not the neon delights of Rusholme? The Curry Mile is famed around the land as a culinary hotspot, and this delicious korma covered creation will have the opposition licking their lips with a strange arousal they don't quite understand.

First of all, who doesn't like chips? Second of all, this carby delight will create a buzz both in and outside the ground as that great Mancunian debate rages on: is it a bap or a barm or a teacake or a muffin or a batch or a roll or a stotty or a cob or a scuffler or a bun? Does it really matter in the grand scheme of things? Yes.

As well as arguing over baked goods, another Mancunian hobby is standing outside in the pouring rain at some obscene hour in a massive queue for the latest pumps. That's right - Manc men of a certain age love nothing more than huddling outside a Northern Quarter shop for trainers that are ever so slightly different from the ones they're already wearing.

Okay so he's not technically from Manchester, but to many he is very much a Manchester icon. Georgi Kinkladze spent three years at City and barely played a century of games, and yet the mercurial Georgian is widely revered as one of the most talented players to wear a City shirt. So why not repay the favour and wear him?