Several coaches have been linked with replacing Solskjaer

Manchester United are searching for a new manager after sacking Solskjaer on Sunday morning. Zinedine Zidane, Mauricio Pochettino, Brendan Rodgers and Erik Ten Hag are reportedly the coaches on the Red Devils' shortlist, with Pochettino said to be the club's main target.

The Argentine, currently in charge of Paris Saint-Germain, is understood to be interested in the position, with some reports suggesting he is ready to leave the French club mid-season to take the job. 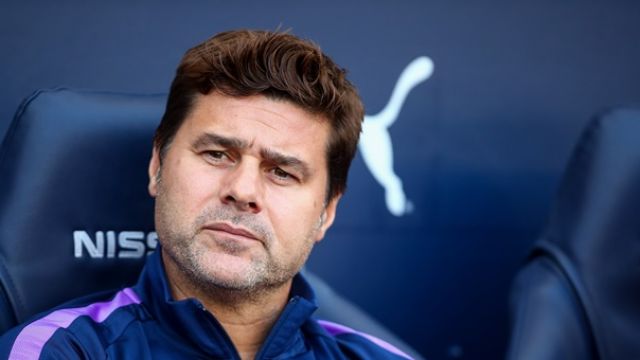 END_OF_DOCUMENT_TOKEN_TO_BE_REPLACED

Pochettino is prepared to leave PSG now and take over at Man United, according to The Daily Mail. The former Tottenham Hotspur manager is reportedly unhappy in Paris. He is currently living in a hotel, while his family remain back in London.

The 49-year-old is understood to be keen on working in the Premier League again and was in talks about returning to Spurs last summer. Pochettino is also said to be "frustrated" about trying to control a dressing room containing superstar players, such as Lionel Messi, Kylian Mbappe and Neymar. He is tired of the "politics" at the club, and allowances the PSG hierarchy make to star players. According to ESPN, Pochettino "believes United have a squad of talented players that can become successful."

END_OF_DOCUMENT_TOKEN_TO_BE_REPLACED

Man United have reportedly not made contact with him yet, but he will be in Manchester this week as PSG take on Man City in the Champions League. The Guardian also report that the Argentine is interested in taking over at Old Trafford, but PSG, who are 11 points clear at the top of Ligue 1, will not want to change coaches mid-season. He is under contract until June 2023.

Elsewhere, Zidane is reportedly not interested in the job. The former Real Madrid manager does not speak English and has never envisioned working in the Premier League, while his wife is reportedly against the idea of living in Manchester.

Ten Hag, Ajax's highly-rated coach, is reportedly interested in becoming the next Man United manager, but will not leave the Dutch club mid-season. Some within the club admire Rodgers but may find it difficult to prise him from Leicester City at this stage of the season.

Meanwhile, according to The Athletic, former Man United captain Steve Bruce, who was recently sacked by Newcastle United, would be "very keen" on returning to Old Trafford as manager. Bruce "believes he could help stabilise the dressing room."