City have taken control of the Premier League title race

Manchester City have returned to the top of the Premier League table thanks to a comfortable 2-0 win over an insipid Manchester United at Old Trafford.

Bernardo Silva and Leroy Sane got the goals in the second half for Pep Guardiola's side - with some help from David de Gea.

Ole Gunnar Solskjaer's side didn't record a shot on target past the 15th minute. They were willing, but not able, and City won without really breaking a sweat. 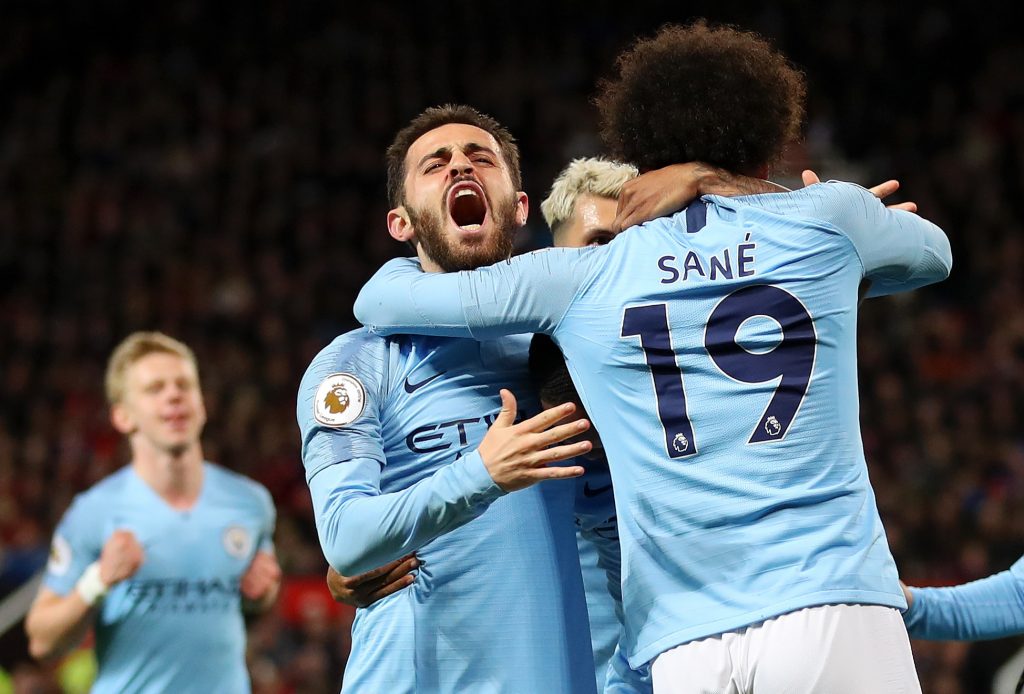 The first half was scrappy, frenetic and low on moments of quality. United stifled their opponents, who were uncharacteristically sloppy with the ball. Even the brilliant Bernardo was loose in possession, completing just 66 per cent of his passes during the opening period. The magnitude of the fixture, the emotional energy generated by the crowd at Old Trafford and United's tactics combined to briefly drag City down to United's level.

Their game plan was a slight variation on the one deployed by Jose Mourinho in this fixture last season. That day, Mourinho's team sat deep, often in a block of eight players and attempted to hit early long passes to Romelu Lukaku.

On Wednesday night, Solskjaer's side sat deep, often in a block of eight players, and waited for their chance to spring long balls forward for Marcus Rashford. That was the only discernible difference between Jose's bus and Ole being at the wheel. Until a disastrous second half when they left acres of space in their own half. 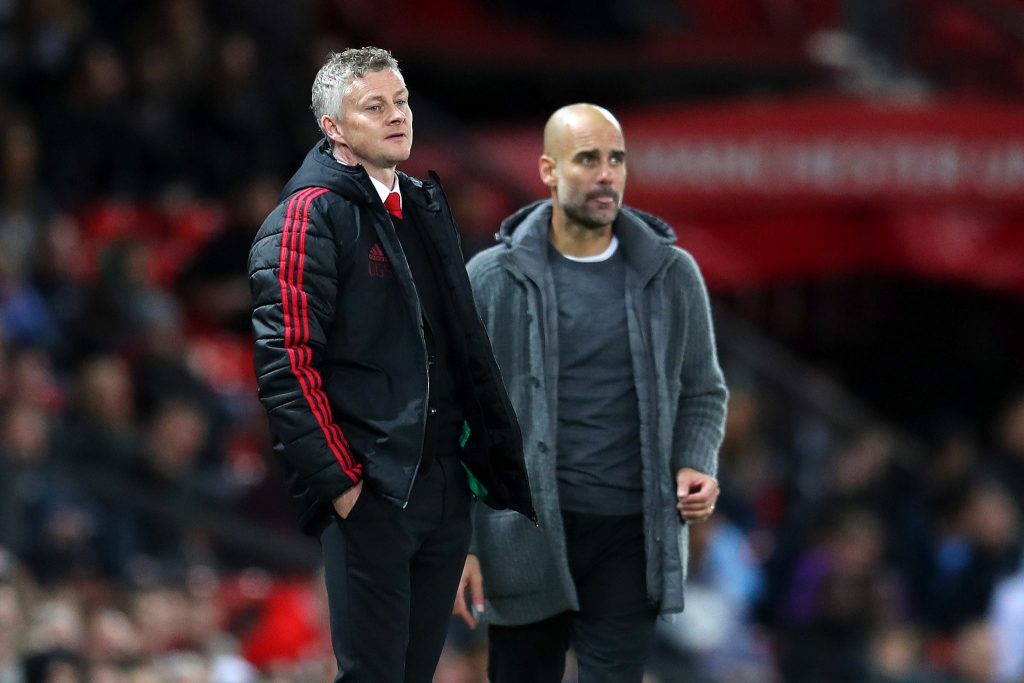 END_OF_DOCUMENT_TOKEN_TO_BE_REPLACED

Rashford was typically erratic, making some questionable decisions - choosing to dribble when a pass was on or to shoot from nonsensical distances and angles. However, his pace was a threat to Vincent Kompany, who was booked after just 10 minutes and somehow ended the game on the pitch. Kompany's jittery display set the tone for the performance of his teammates for the first 45 minutes.

Man City were anxious and unusually rushed with their play, failing to create a clear cut chance until two minutes before half-time when Raheem Sterling skipped past United players in the box but saw his shot go straight at De Gea.

However, City shifted up through the gears immediately after half-time and particularly when Leroy Sane came on for the injured Fernandinho. Three minutes later, Bernardo, who had moved back into midfield, collected the ball on the right and ran at Luke Shaw.

The United full-back retreated and Silva called his bluff, hitting an accurate, low shot beyond David de Gea. It was an excellent piece of play by a wonderful footballer, but it was also arguably an error by the United keeper, who failed to anticipate a shot low to his left. 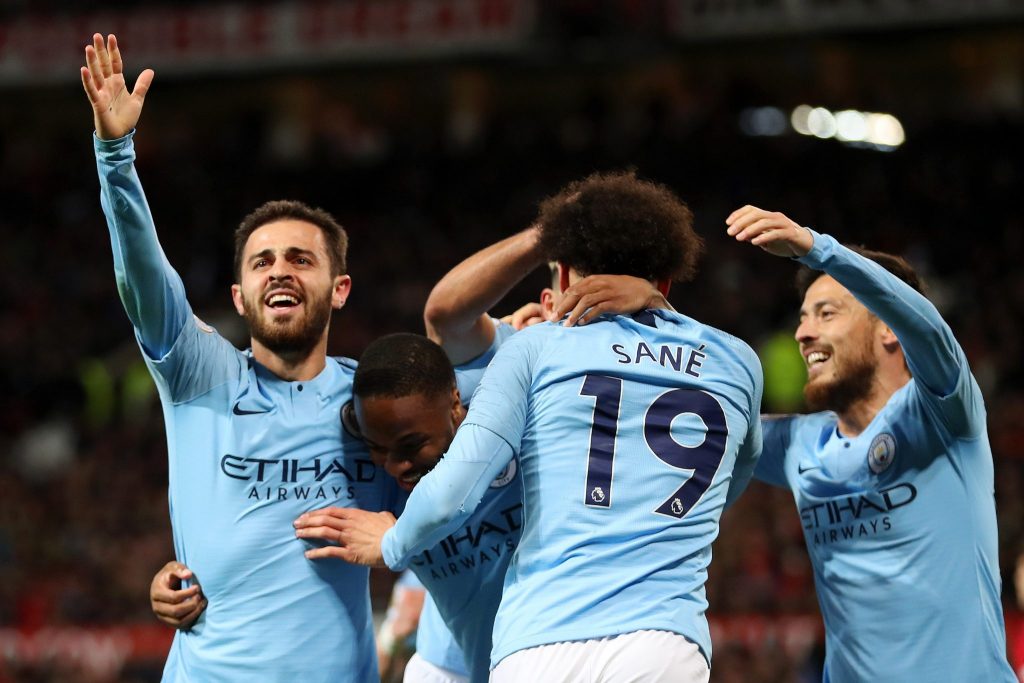 There was no question about De Gea's role in City's second goal. It was a clear error by the United goalkeeper. Solskjaer's side lost the ball in City's half and were powerless to prevent a counter-attack.

Sterling carried the ball forward, slid a pass into Sane on the edge of the penalty area and the German winger smashed the ball past De Gea and into the net. That was it. 2-0. Game over.

Pep Guardiola celebrated on the sideline, knowing his team were about to return to the top of the table and remain on course to retain their title. De Gea collected the ball from the net, knowing he had partly costed his team again after years of saving them. It has been a tough season for him. 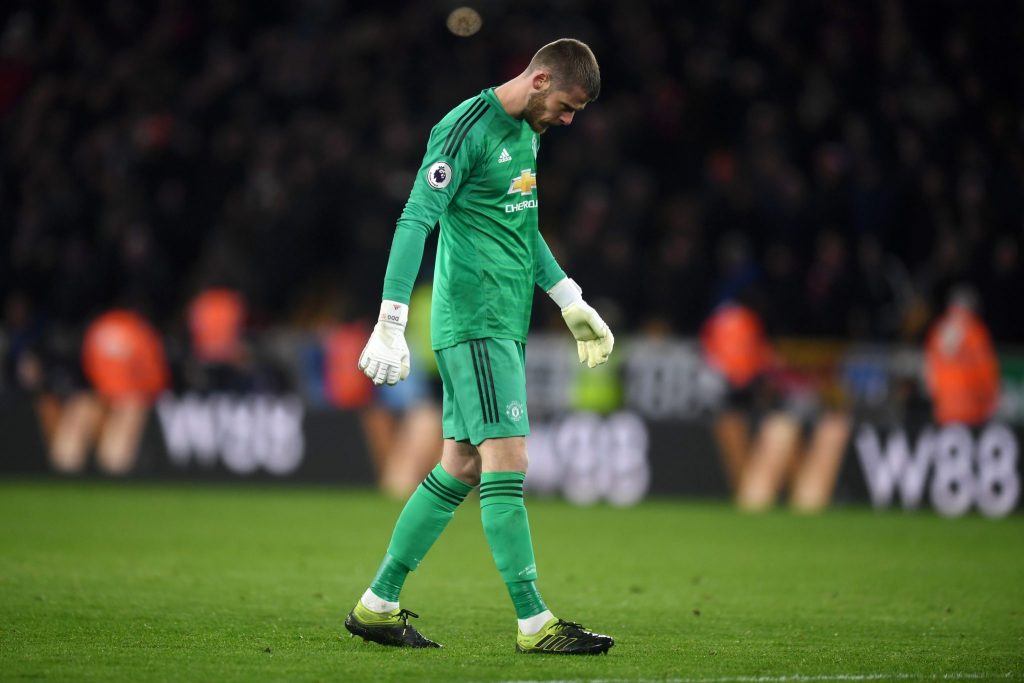 United slumped and shuffled through the rest of the match. The low point came when Sterling outjumped Pogba for a header. Lingard had a chance between the goals to level the score, but missed an open goal.

Ultimately though, it didn't matter. Man City are on another level to their so-called rivals, who are paying the price for operating as a media business with a football team for the last few years.

The club desperately needs to reset, to appoint a director of football, to adopt a strategy that goes beyond just signing famous players. They also need to look beyond the cult of the individual.

There is no Messianic, Ferguson figure out there who will lead them back to the promised land. This is the end result of years of mismanagement and shortsighted actions masquerading as some sort of plan. And it must represent a new low for the club in the post-Ferguson years.

Liverpool fans only have themselves to blame for thinking this rabble could do them a favour. However, most probably realised there was no chance of that. Man United are a mess.