This is a new take

A man has simultaneously complained about "foreigners coming over here taking our jobs" while also "not even working."

The West Ham fan interrupted an interview between Novara Media's Ash Sarkar and a woman on the streets of Barking, two weeks after the Brexit vote, asking if they were "talking about the EU referendum."

In the old video he said: "Can I talk? At the end of the day I think it's a brilliant idea that we left the EU. Because there are so many foreigners coming over and taking our jobs. 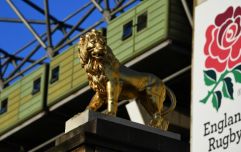 END_OF_DOCUMENT_TOKEN_TO_BE_REPLACED

In response Sarkar asked: "How can they take our jobs if they're not working?"

The man replied: "Because they do it, they do it. Simple as that. They take our jobs and they're not even working. They just send their money over to their families in a different country and I don't think that's fair. Because they're getting something for nothing