Marco Silva is well aware of the work that lies ahead of him at Everton.

Silva was unveiled as Everton manager on Thursday afternoon, replacing Sam Allardyce at Goodison Park, and he has been entrusted with bringing more success to the blue side of Liverpool than the Toffees have enjoyed in recent seasons.

"I'm really proud to be the new Everton manager," said Silva. "I'm excited and I'm really happy to take this big challenge for us as a club and for me as a manager.

"I want to express my thanks to Farhad [Moshiri], to the Chairman, to the Board of Directors and to Marcel [Brands] as well for the confidence in my work.

"I know the huge history of Everton as a club and what the fans expect. I'm sure with everybody working together I will be ready for this challenge."

There is certainly no lack of ambition in the Everton hierarchy as, according to a report in the Times, the Merseyside club has designs on replicating the recent accomplishments of Atletico Madrid.


Atletico operate on a much tighter budget than the La Liga powerhouses, Real Madrid and Barcelona, but now regularly challenge both domestically and Silva has been tasked with pulling off something similar with the Toffees. 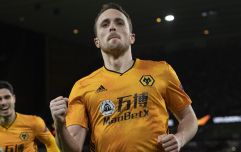 END_OF_DOCUMENT_TOKEN_TO_BE_REPLACED

While Everton is the kind of club that should undeniably be striving to be competing at a level just under the so-called big six in the Premier League, Liverpool supporters simply couldn't pass up the opportunity to troll their city rivals for their new lofty ambitions.

Everton think they can be the Atletico Madrid of England?!? pic.twitter.com/7rhGGiFRrr

Everton want to be the Atletico Madrid of England.

Maybe when their competitive they can make such claims. #LFC

Wants Everton to be the Atletico of the PL

2nd best team in their City.