It could be a lucrative transfer window for Liverpool

Reports suggest Liverpool striker Divock Origi could be set for a £15m move to Fulham this January, as Liverpool look to streamline their squad. 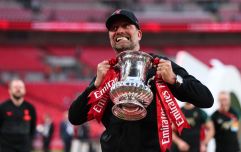 END_OF_DOCUMENT_TOKEN_TO_BE_REPLACED

Origi signed for Liverpool after the 2014 World Cup before being loaned back to Lille for the following season. The Belgian enjoyed his best form as a Liverpool player during Jurgen Klopp's first season, when the Reds reached the 2016 Europa League final.

But since then, he has struggled for game time, and was consequently sent out on loan to Wolfsburg last season, where he scored six goals in the Bundesliga.

Now, it looks as though the 23-year-old is set for a permanent move away, with Fulham reportedly ready to bid £15m for the player.

Fulham boss Claudio Ranieri, who took over from Slavisa Jokanović back in November, has been promised funds to improve the squad this month in their bid to survive in the Premier League. 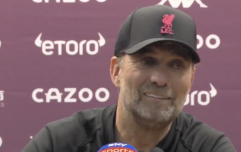 END_OF_DOCUMENT_TOKEN_TO_BE_REPLACED

Fulham spent over £100m last summer after gaining promotion to the Premier League through the play-offs but their return to the top flight has not gone to plan. The Whites currently find themselves in the relegation zone with just 14 points and a goal difference of -28 after 21 games.

They are in desperate need of goals, and Origi would be a useful addition to their front line, which is overly reliant on Aleksandar Mitrović.

Origi scored a last gasp winner in the Merseyside derby this season, as Everton goalkeeper Jordan Pickford's error gifted him an easy chance to secure all three points.