Liverpool. Liverpool definitely need Virgil van Dijk. Jurgen Klopp's wholesome admiration for the player is no secret and it's easy to see why. But with Southampton digging their heels in like a toddler on the first day of nursery, it looks as though a deal to bring the talented centre-back to Anfield in the next fortnight may be a tad troublesome to say the very least.

END_OF_DOCUMENT_TOKEN_TO_BE_REPLACED

The Reds may have overcome Hoffenheim in the first leg of their Champions League qualifier on Tuesday, but doubts remain about their leaky backline. It's no use having the combined talents of Sadio Mane, Mohamed Salah, Roberto Firmino et al at your disposal if you're going to undo all their hard work by conceding a string of sloppy goals on the regular.

With this (and their maddening performance at Watford) in mind, it look like Klopp may have turned his attentions to a very suitable, and bargain, plan B. The B belongs to Benedikt Höwedes, and a deal to bring the experienced 29-year-old to Merseyside would be far more straight-forward than prizing Van Dijk from the steadfast Southampton. 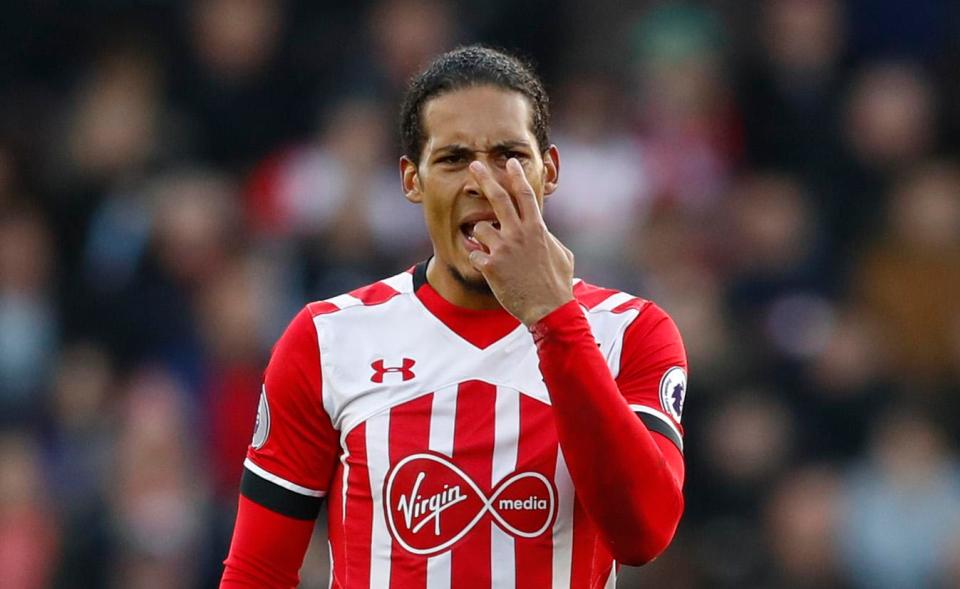 Höwedes' situation at current club Schalke is decidedly strained at present. He had been the club captain for the last six seasons, but was informed this summer that he was being stripped of the armband. Goalkeeper Ralf Fährmann was anointed the new skipper by the club, with midfielder Leon Goretzka becoming his deputy.

END_OF_DOCUMENT_TOKEN_TO_BE_REPLACED

Höwedes was understandably upset by this development. "He is disappointed, but with the World Cup a year away, he can concentrate now solely on his football”, explained Schalke director of sport Christian Heidel, rather patronisingly. The player himself was frank about his feelings.

"Even if I don't agree with the decision, I have to accept it," he stated on his Facebook page with admirable diplomacy.

Now reports from Germany claim that the player is likely to leave the Bundesliga and head to these shores. Indeed Bild report that the player may be available for as little as £18m, which would be an absolute bargain for a defender of such talent, versatility and experience.

END_OF_DOCUMENT_TOKEN_TO_BE_REPLACED

With talk of a number of English clubs being in the mix to sign the German stopper, many Liverpool fans are getting that the player could be heading to their club. And there are a number of reasons why it would make very good sense indeed.

Höwedes is just the type of experienced centre-back that Klopp's side are currently crying out for; a leader who will marshall and organise his teammates and bring some much needed composure to proceedings. Not only that but he can also fill in at left-back, where he played every minute of Germany's seven games at the 2014 World Cup in Brazil.

The real clincher is that he's slot in perfectly next to current Anfield incumbent Joël Matip, with whom he formed a watertight defensive partnership when the pair were at Schalke together. With all this in mind, it's little wonder that Liverpool fans everywhere are hoping the transfer comes to fruition...

Howedes would do very nicely

Howedes would be a good stop gap I think if we didn't get him this summer https://t.co/dIaEh4V9Jp

Seri and Howedes would still be a good window for Liverpool. Let's get both deals done so we can move on content from this window... #LFC

Add to the fact Howedes and Matip have already played together 138 times... It could be a decent move. I'd still want VVD as well.

And he could leave for just €20m. Cheaper alternative to VVD, with many experiences in his locker.

If I was conducting transfers at #LFC I'd sign Howedes and Seri this year. Sell Cou in 2018, sign Draxler, Van Dijk and Keita & sell Lovren.

Howedes-Matip partnership would be absolutely solid. Can't stand Matip too tbh. Too skinny and weak.

popular
People are tearing into the current biggest Netflix movie in the world for one really big reason
Furious Reading and Leeds ticketholders demand refunds as band replaces Rage Against The Machine
Mum dies in sleep in front of children and husband on flight back to UK
James May 'hospitalised after crashing into wall at 75mph filming new show'
Ex-porn star Lisa Ann tells virgin, 46, with micro penis that 'size doesn't matter'
The Game reignites Eminem feud by commenting on Hailie's social media pictures
Robin Williams' wife shares reason why he killed himself
You may also like
Sport
Rio Ferdinand refuses to sign Liverpool shirt after fan asks him at Craven Cottage
Sport
Roy Keane breaks character as Gary Neville makes joke at Liverpool's expense
Sport
Molly McCann's remarkable journey from payday loans to smashing it in the UFC
Sport
Footage emerges of Virgil van Dijk annoying Manchester City players after Mohamed Salah penalty
Sport
Roy Keane comments on Erling Haaland should knock some sense into doubters
Next Page