Lewis Hamilton set to be knighted this Wednesday

F1 star and British racing legend Lewis Hamilton is set to be knighted this Wednesday.

The 36-year-old missed out on a record-breaking eighth world championship this past Sunday, losing out to Max Verstappen, but he put up one of the best late charges for the title in Formula 1 history.

BREAKING: Lewis Hamilton is set to receive a knighthood on Wednesday https://t.co/3b16DbrKZ7

Hamilton will receive his knighthood for services to motorsports at Windsor Castle on Wednesday, December 14th. He will become the fourth F1 driver to be recognised with the honour, after Jackie Stewart in 2001, Stirling Moss in 2000 and Jack Brabham in 1979. 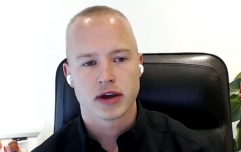 END_OF_DOCUMENT_TOKEN_TO_BE_REPLACED

His knighthood was actually announced in the Queen's New Year Honours last December and comes 12 years after he was already awarded with an MBE back in 2009 after his first world title.

The debate around the FIA's decision to let the Abu Dhabi GP resume for one lap after the safety car and some confusion over lapped cars continues, but it would seem that it is falling on deaf ears, as stewards have rejected both of Mercedes' protests regarding the controversial win.

Regardless, Lewis took the defeat in a graceful fashion and either race would have thoroughly deserved the trophy after the show they both put on this year. As for Hamilton, he already holds the joint-most title with Michael Schumacher with seven and already broke the record for most race wins, as well as reaching over 100 pole positions earlier this year. Staggering. 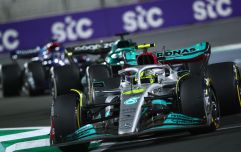 END_OF_DOCUMENT_TOKEN_TO_BE_REPLACED

Although the 'Silver Arrows' driver hinted at his Mercedes future and maybe even the possibility of retirement following missing out on the title, we can't see it happening personally and regardless of whether 'Mad Max' kicks on after this first title, you wouldn't bet against Lewis clinching the record-breaking eighth title in the next season or two.

While McLaren and Ferrari are once again progressing, if anyone is going to challenge a resurgent Red Bull next year it's going to be him.