This is a strange one

There have been some surprising transfers this summer, with Fulham signing a World Cup winner, Barcelona stealing Malcom from under Roma's nose and Juventus signing literal Cristiano Ronaldo.

Juventus are on the verge of completing another shock signing, as Sky Italy report that they have agreed a deal in principle with AC Milan for the return of Leonardo Bonucci, with Juve defender Mattia Caldara going the other way. 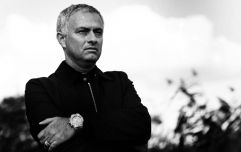 END_OF_DOCUMENT_TOKEN_TO_BE_REPLACED

AC Milan also want to take Gonzalo Higuaín on loan. The Argentine forward lead the line for Juventus last season but with the arrival of Ronaldo, their attack is set for a rejig, with Mario Mandźukić likely to move inside to a central role, with Ronaldo playing to his left.

Milan are in need of a prolific goalscorer after £38m signing André Silva failed to hit any form last season, losing his spot in the starting XI to youngster Patrick Cutrone.

Swap deals like this are very complicated and rarely come off due to the volume of complex details that must be agreed on by all parties, but it seems like this one could potentially benefit everyone.