Juventus striker Moise Kean was racially abused throughout his side's 2-0 victory away to Cagliari on Tuesday night. The 19-year-old, abused all game, scored in the 85th minute and celebrated by facing those who had directed monkey chants at him and holding his arms aloft.

The reaction from some Cagliari players was to push Kean away, but it was the reaction of his teammate Leonardo Bonucci and manager Massimiliano Allegri that shocked many.

Bonucci, speaking after the match, said that both Kean and the racists shared the blame for the racism "50-50", while Allegri said his young striker "shouldn't have celebrated in that manner".

In the days since the incident, Allegri and particularly Bonucci have come in for widespread criticism for what they said.

On Wednesday, Raheem Sterling - who has become a central and inspirational figure in English football's fight against racism, responded to the comments by saying "all you can do now is laugh".

On the same day, musician Stormzy called Bonucci a "prick". 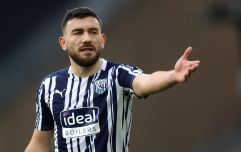 END_OF_DOCUMENT_TOKEN_TO_BE_REPLACED

In the time since then, it appears that Bonucci has had time to reflect on what he has said and that he has either made a 180 switch on how he feels or perhaps - and only a cynic would say this - decided that apportioning blame for racism to the victims of racism is not a good look for a footballer's public image.

Nonetheless, he has taken to Instagram to clarify his feelings with a statement alongside a photo of himself and Kean: "After 24 hours I want to clarify my feelings. Yesterday I was interviewed right at the end of the game, and my words have been clearly misunderstood, probably because I was too hasty in the way I expressed my thoughts. Hours and years wouldn't be enough to talk about this topic. I firmly condemn all forms of racism and discrimination. The abuses are not acceptable at all and this must not be misunderstood."

So there you have it. Leonardo Bonucci, a footballer that has spent his entire career in Italy, now knows at the age of 31 that racism is bad, even if he feels he doesn't need to apologise for previously blaming the victim. It's just a shame he didn't realise it sooner, when a young and viciously targeted teammate of his could have done with a bit of support.

popular
Fernando Torres has got absolutely jacked since retiring from football
BrewDog launches petition to rename airport 'Joe Biden International'
Bots buy thousands of PS5s on day of GAME restock
A definitive ranking of every swear word from worst to best
Donald Trump 'furious' at the amount of celebs performing at Joe Biden's inauguration
Pardonpalooza: Donald Trump planning 100 pardons on last day of presidency
QUIZ: Can you identify these cities highlighted on a map?
You may also like
Sport
Fernando Torres has got absolutely jacked since retiring from football
Sport
Manchester City make offer to Inter Milan for Romelu Lukaku
Sport
Jordan Henderson becomes ambassador for NHS Charities Together
Sport
adidas launch new Predator Freak with even more 'Demonskin'
Sport
Gary Neville: 'Newcastle fans have been served up dire tripe for about ten years'
Next Page