A romantic move that suits all parties

Almost ten years after leaving Spain to join Chelsea, Juan Mata could be headed back to his homeland this month, according to La Razon.

The Spanish news outlet are reporting that the playmaker could make a romantic return to Valencia, where he spent four years between 2007-2011 before he signed for Chelsea.

Now 32 years of age, game time at Manchester United is limited for Mata, who has made just 10 appearances for the club this season, just six coming in the league. 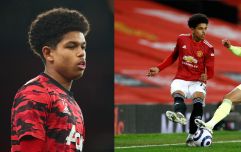 END_OF_DOCUMENT_TOKEN_TO_BE_REPLACED

With Bruno Fernandes now the fulcrum of the midfield, and Donny van De Beek and Paul Pogba both ahead of Mata in the queue to play as the team's prime creator, the Spaniard has been reduced to fleeting appearances on the wing against weaker opposition.

A move to Valencia, who are currently battling relegation amid financial turmoil, were forced into selling their main creative outlet and captain Dani Parejo to local Villarreal in the summer.

The addition of club legend Juan Mata would be sure to boost morale and add some much needed class to a midfield lacking in experience.