Jon Walters called it... kind of.

With the Monday night Premier League fixture between Stoke City and West Ham goalless at halftime, Jon Walters made a prediction. The former Potter backed his old club to make the breakthrough. He also predicted that Peter Crouch would grab the game's opener. A somewhat bold prediction considering it would see the England striker overtake his Premier League tally for the club by a single goal.

The only thing Walters couldn't foresee was that the #HalfManHalfDiplodocus wouldn't bang it in with his head. Instead, he had to rely on the amazingly poor form of Joe Hart to do him a solid.

Erik Pieters started the messy move on the left channel. He cut inside and played a cutting ball into the box which found Mame Biram Diouf. 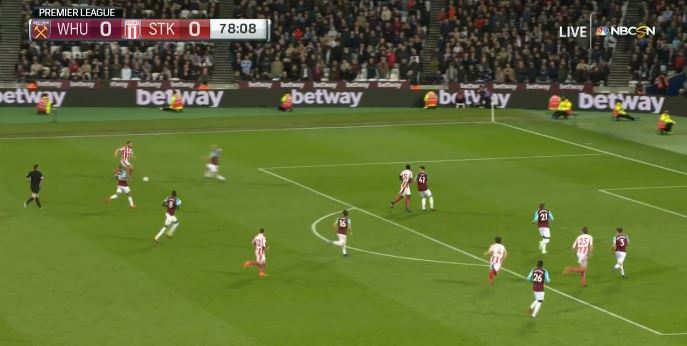 Diouf took a touch, spun around and whiffed a shot that was deflected into the path of Joe Allen. 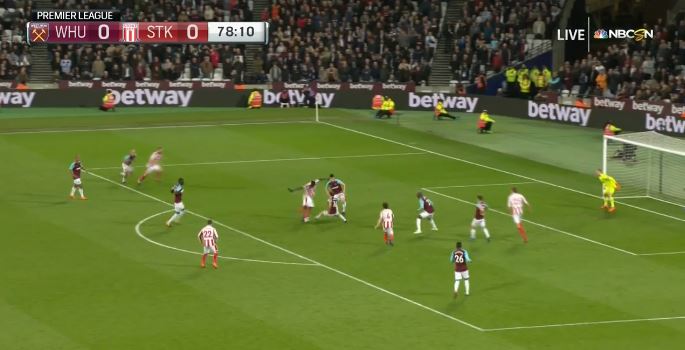 Seeing a wall of Hammers between him and the goal, the Welshman turned away. He took a couple of touches before playing the ball back to Xherdan Shaqiri who was lurking on the edge of the box. 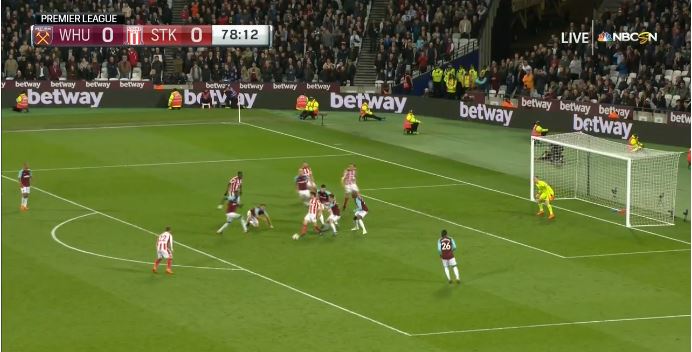 Shaqiri played the ball along the edge of the square to his left boot and whacked it towards the goal. 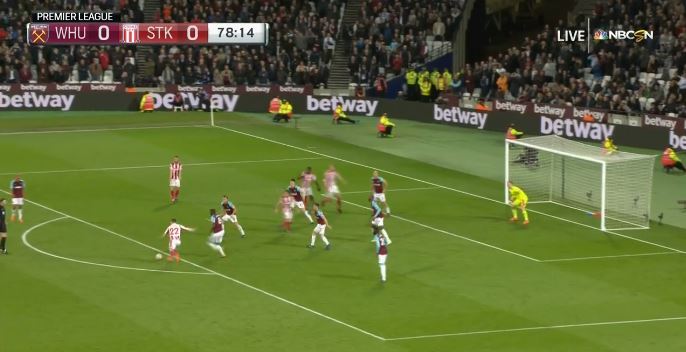 It was a powerful shot, but it fell straight into the arms of Hart. 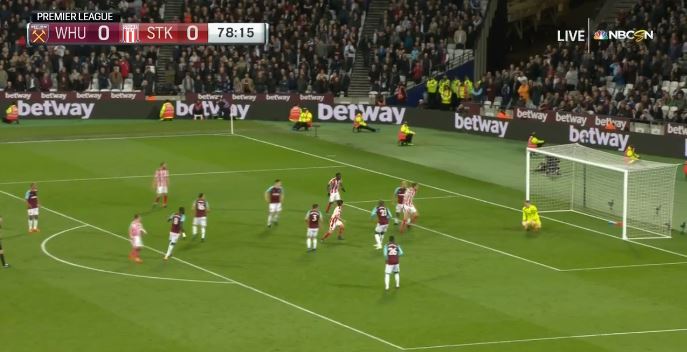 Unfortunately for West Ham, butterfingers himself let it slip right out of his grasp and into the path of Crouch. 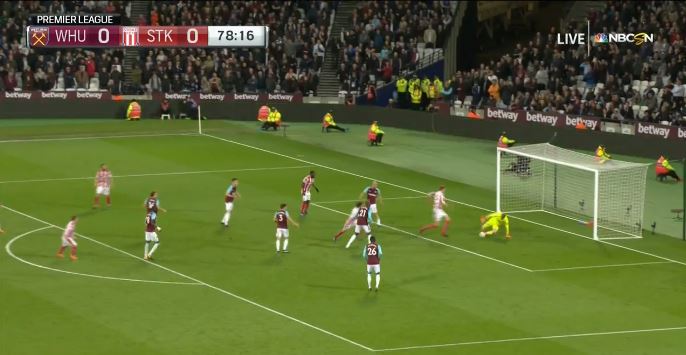 Crouch made no mistake with the finish. 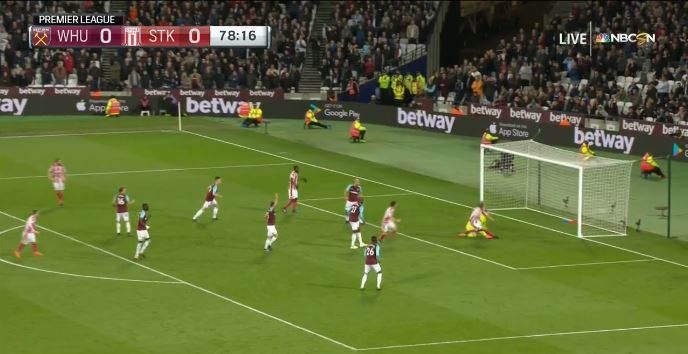 As for Walters, the Burnley forward is counting that one as a win.


popular
CBBC star Archie Lyndhurst has died aged 19
QUIZ: Match the quote to the It's Always Sunny in Philadelphia character #2
QUIZ: Name the US States which contain the letter ‘S'
Beyond The Mat remains the greatest wrestling documentary of all time
Henry Cavill speaks out on Enola Holmes copyright lawsuit
Borat tries to kill COVID with a frying pan in first sequel trailer
QUIZ: Name the obscure characters from The Simpsons (Part Three)

You may also like
Sport
Premier League referees to show more leniency with handball decisions
Sport
At the current rate, 292 penalties will be awarded in the 20/21 season
Sport
Bookmaker pays out on Fulham relegation after just three games
Sport
Premier League confirm 10 new positive COVID-19 test results
Sport
Test your knowledge with the FootballJOE 2000s Quiz
Next Page