Joe Hart could be playing in Europe next season

He could be joining a European giant

When he arrived at Manchester City, Pep Guardiola made it very clear that Joe Hart would not be in his plans, and sent him on loan to Torino. Hart was neither a disaster or a raving success in Italy, and spent the last season on loan at West Ham, but the East London club do not appear keen to keep him.

Manchester City will allow Hart to leave this summer, with just one year remaining on his contract.

Hart has been on a gradual decline ever since Andrea Pirlo embarrassed him with a panenka at Euro 2012, and evidently needs a fresh start at a club that could help him rediscover his form.


That fresh start could come in the form of a move to Portugal, with Sporting Clube de Portugal interested in bringing the former England international to Lisbon, according to Portuguese newspaper Record. 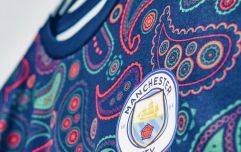 Manchester City's new psychedelic kit is their wildest yet

END_OF_DOCUMENT_TOKEN_TO_BE_REPLACED

There is no guarantee that Hart would be first choice at Sporting, though, given their current number 1, Rui Patricio, is the club's vice captain and will start in goal for Portugal at this summer's World Cup.

Hart has recently changed agents in a bid to revive his career after suffering the huge disappointment of being left out of England's World Cup squad.

He will have more options than just Sporting, but escaping the Premier League and all the pressures that come with it could be an appealing prospect for a player who could benefit from not being the centre of attention.